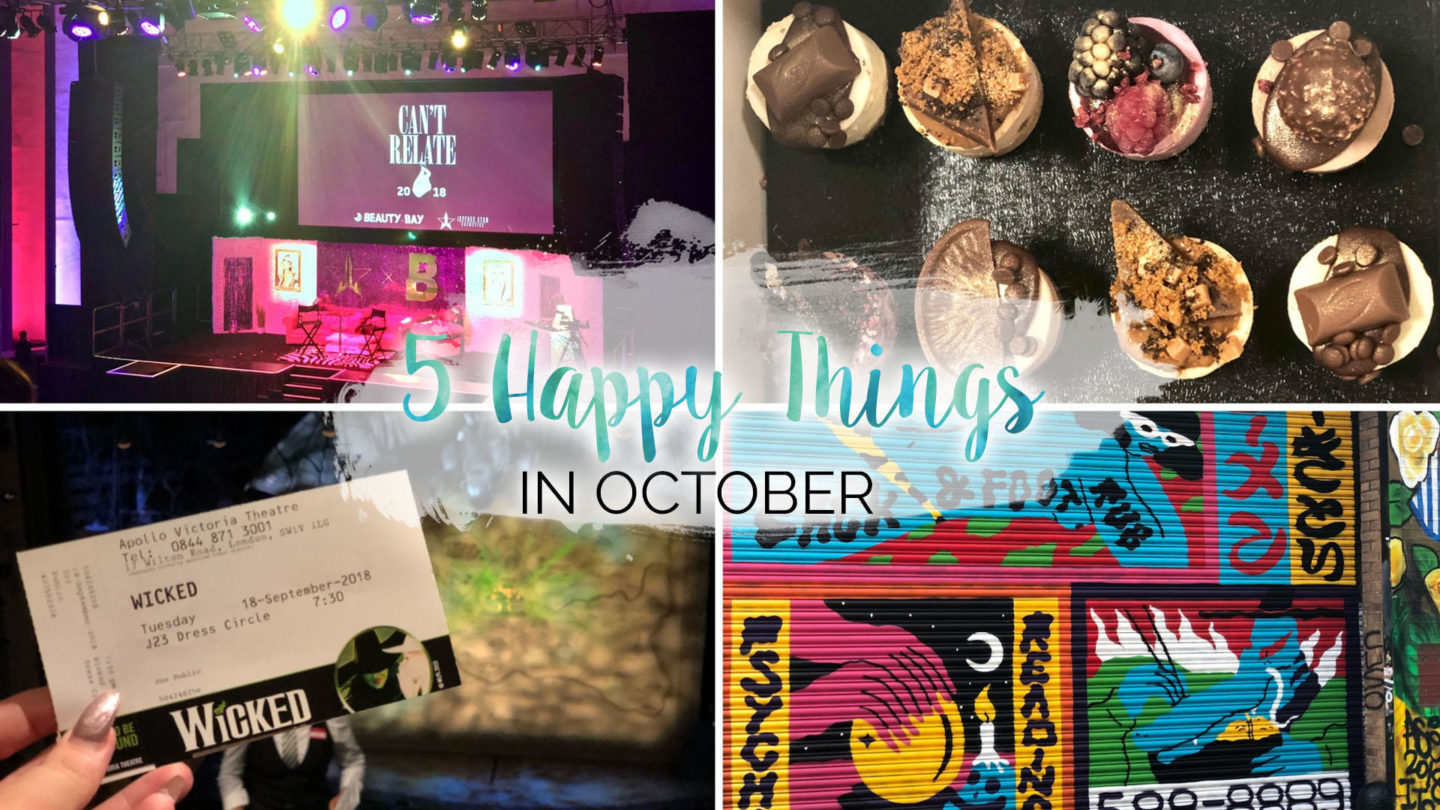 I mentioned in my “It’s The Little Things” post for October why I was super late posting it, so I’m not going to bore you by rehashing it for this 5 Happy Things post. So don’t worry, there’s actually some fresh new content here. Woohoo! October was a crazy busy month and one that I genuinely considered picking up an 18-month planner to keep on top of everything I needed to do. So here are five of the highlights from the spookiest month of the year! 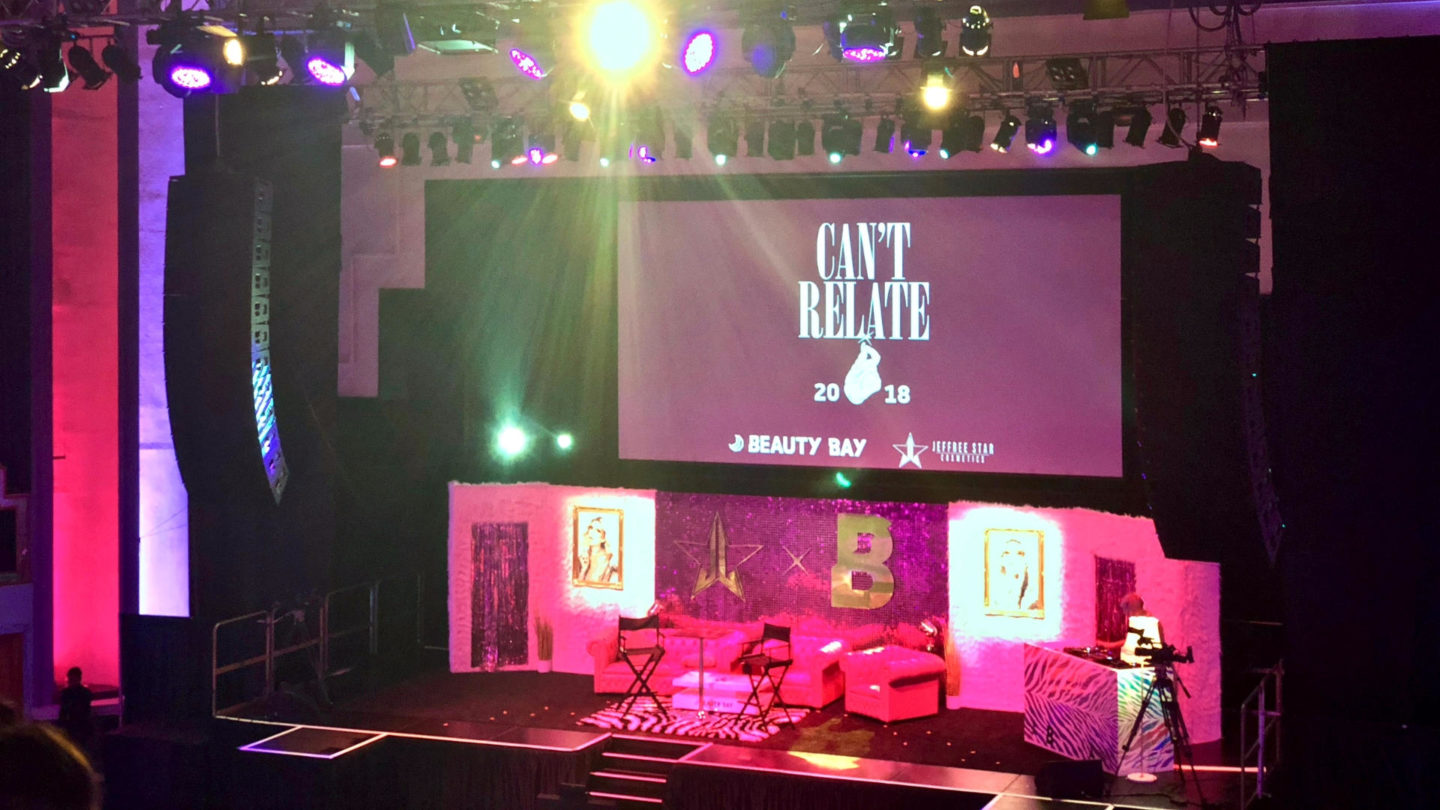 If you’ve seen my makeup collection (or just had a lookie on my beauty section on the site) you’ll know I’m a huge fan of Jeffree Star Cosmetics. And, not only that, I really enjoy his YouTube content. So, when I saw that Jeffree was coming to the UK for a three-stop tour with Beauty Bay you know full well that I knew I was going to buy tickets for the London show. So I booked the day off work, got a little gutted I missed out on the limited meet and greet passes but was super excited never the less. And it was epic…

I started writing about the show itself and the goodies I picked up and then I realised I was easily going to span over 300 words. And that was with keeping it brief! So, expect a full post on all the tea spilt soon. (Not that it’s anything too new if like me you actively follow TrendMood on Instagram though!)

Finally Getting To Play Stardew Valley

Okay, I know I said in the intro that my diary was really full in October. But I still managed to find a little down time to get stuck into playing Stardew Valley when it finally launched on iPhone. What is Stardew Valley you may ask? Well, developed by ConcernedApe it’s described as an “indie farming simulation role-playing game”. But, that doesn’t really do it justice. If you remember the Harvest Moon games, it’s a similar concept. You design your character and then what you choose to do next is up to you. You can focus on farming, charming locals or well, all manner of things. The reason I love it is that there are just so many details and well thought out twists. If you fancy a game that is actually a little relaxing too, I’d recommend Stardew Valley. I’ve spent many an hour on it so far! 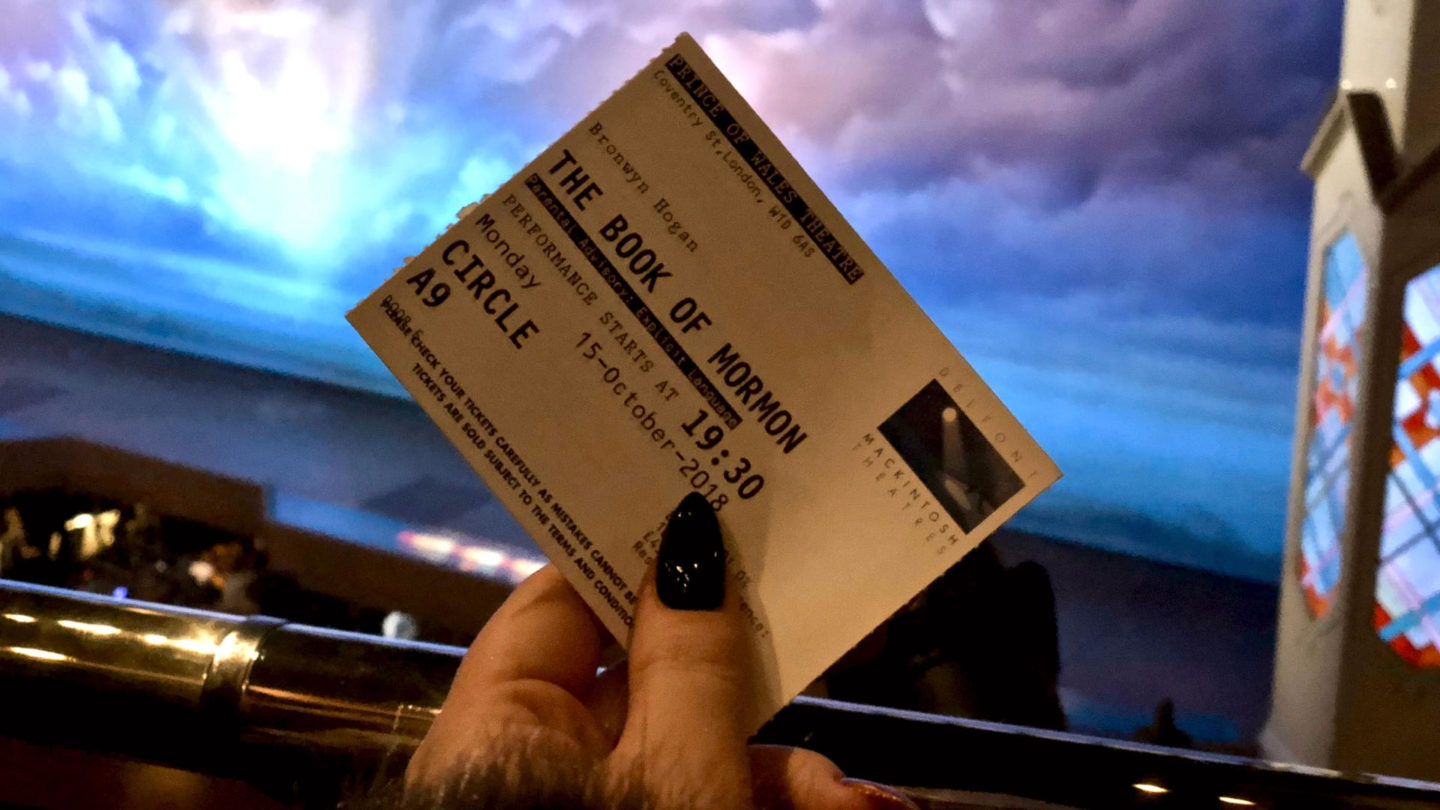 Catching Up With Becky & Watching The Book Of Mormon

The Book Of Mormon is quite possibly my favourite musical of all time. Not only because it is wickedly funny and has a super catchy musically score, but because it holds some great memories too. How can seeing a musical hold memories for you, you might ask? Well, it was the first weekend my best friend visited me in London that we went to see it for the first time. And, that weekend will always be one of my favourites for many a reason. So, when Becky visited with her partner in October and I managed to score tickets, well, how can that not be one of my highlights of the month?! Even writing this got me humming “Hello! My name is Elder Price & I would like to share with you the most amazing book” to myself…

Talking of favourites, The Apprentice started again in October and it remains as one of my all time favourite shows. Every year I find myself getting overly passionate about whatever the task is and wanting to shout at the tv because of peoples stupid decisions. When, in reality, they’re probably doing a better job than I could. (I mean what would I know about making burgers?! Or finding stuff in Malta…). And on that note, I’m tempted to binge watch the old ones again now! 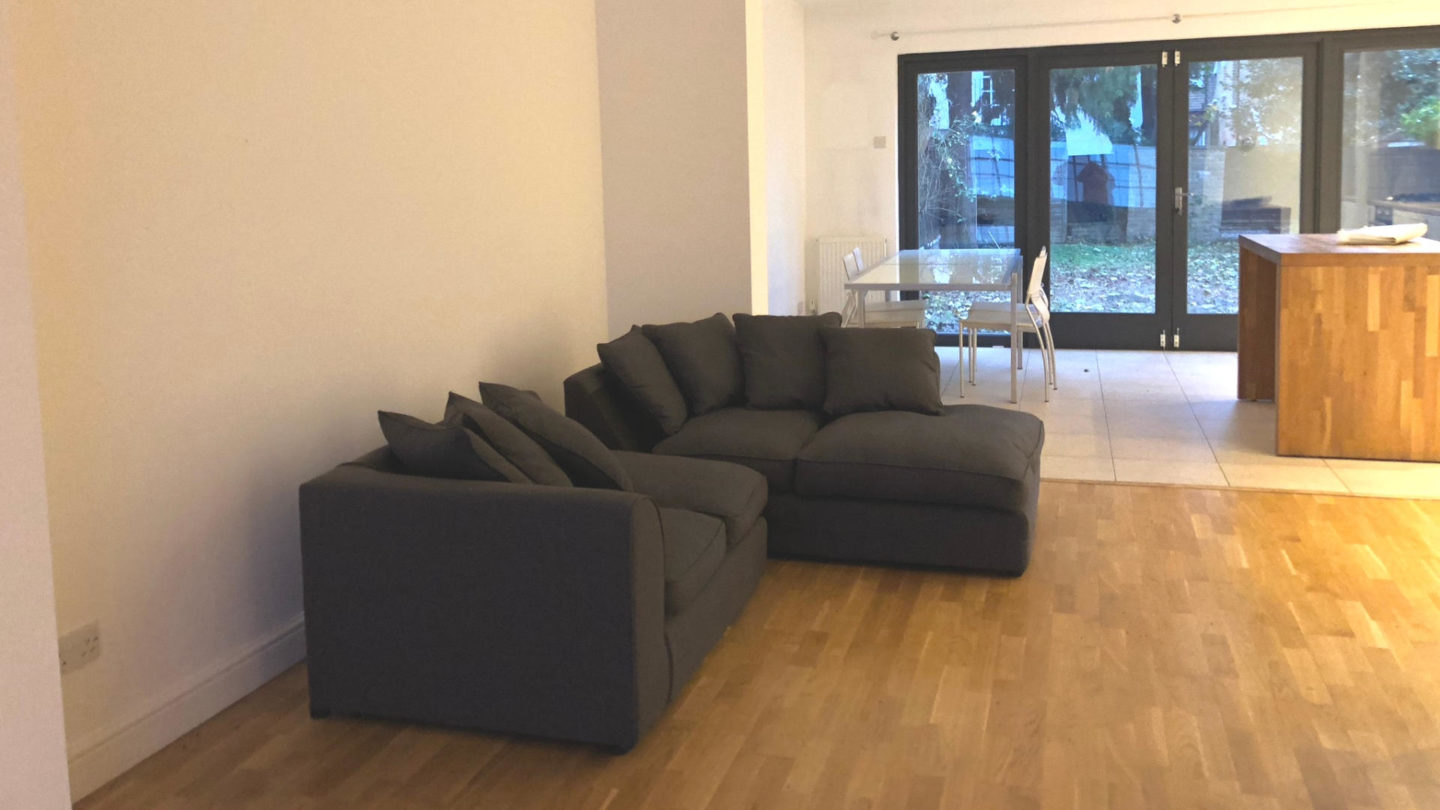 Signing For The New House

I feel like every single post lately has mentioned this, so I will shut up about it soon, promise. But after staying in the same flat since moving to London and often complaining about space, we made the decision to move and signed for somewhere that not only had a lot of extra space, but also a garden. Something I’ve missed since moving from Lincolnshire. Agreeing to take the new place marked the start of a very busy, very stressful time. But, also a time of new adventures and new starts. Plus, the opportunity to find new local favourites…