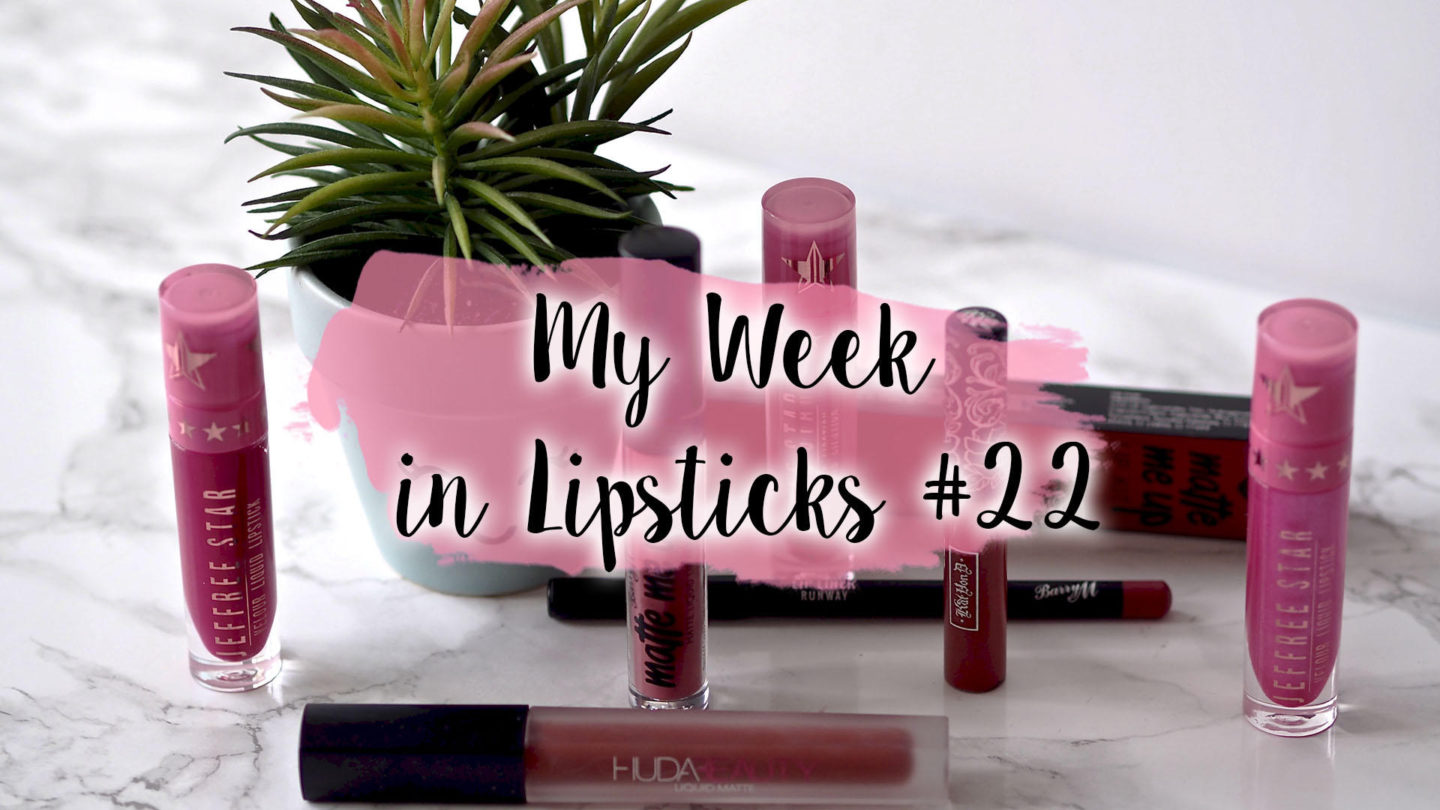 You may have noticed that I missed out on last week’s week in lipsticks. (Or you may not of, who knows!) But with a week of work related stress, and well, other stress too, I forgot to make any notes as to what I wore and couldn’t quite recall which ones I reached for half asleep each morning. (Truth be told, it was probably the same one from my handbag at least three days in a row..) Plus, what’s fun to read about “I was super stressed out”, right?!

Anyway, it’s back again this week and hopefully for the ones to come. Well, stress levels permitting! 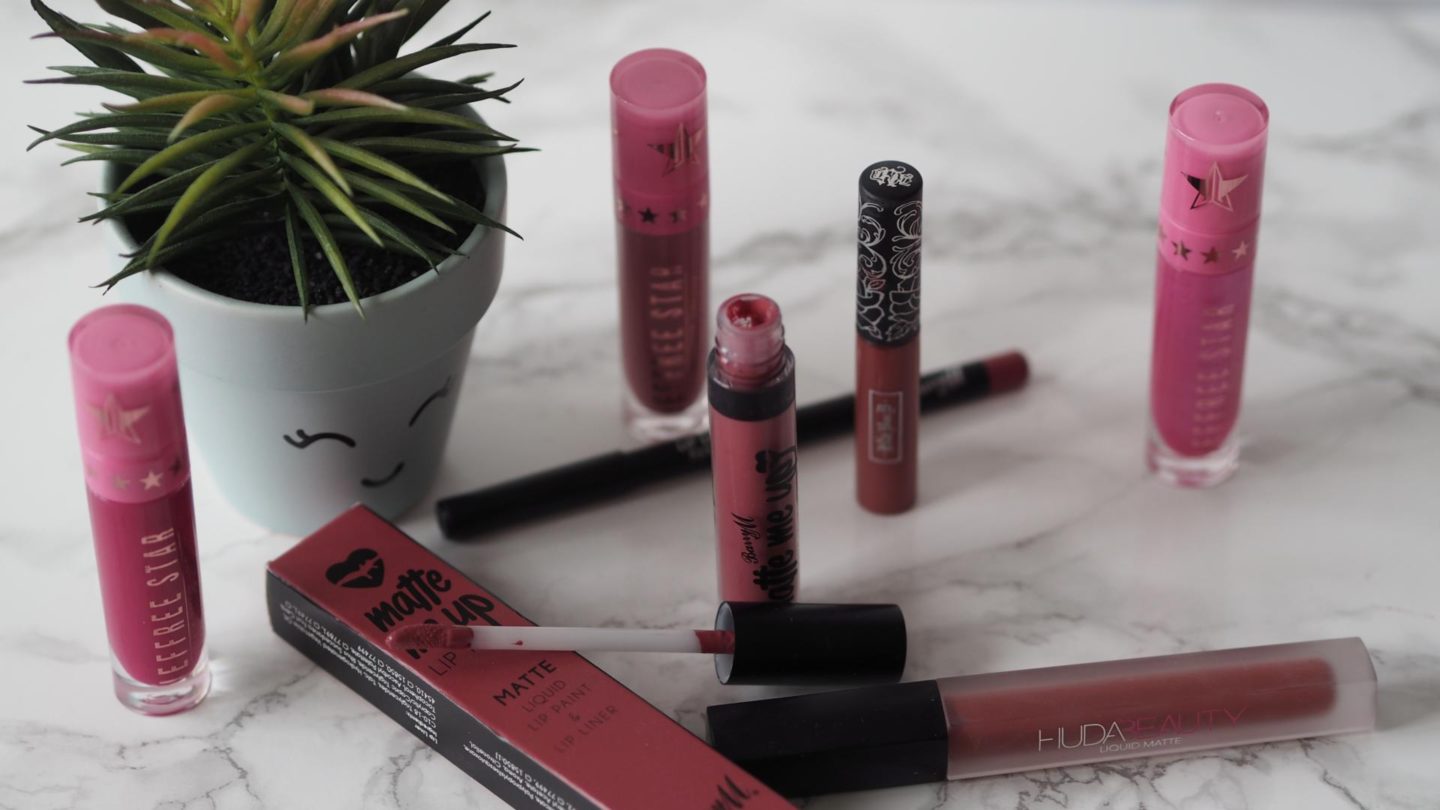 Sunday – n/a. A rare makeup free day where I ordered in pizza from Santa Maria and binged on Netflix. Just what the doctor ordered!

Monday – Barry M Matte Me Up Lip Kit in Runway. I’d seen these lip kits all over my Instagram feed and whenever I popped into a Superdrug they always seemed to be out of stock. So when I saw this little beauty sat on the shelf on Friday all by itself I snapped it up and took it straight to the till. If I’m honest? I wish I’d swatched it first because it’s very similar to Candy K (or more so my much loved ColourPop dupe of Candy K). The colour is gorgeous though and I might even pop up a review when I’ve tested it out a little more!

Tuesday – Jeffree Star Velour Liquid Lipstick in Doll Parts. Tuesday was an unusual one for many reasons. Christina and I spent our lunch time wondering round the Saachi Gallery being #cultured and then spending too much money in a deli down the road. After picking up all manner of treats for the rest of the afternoon in the office, we were aloud to leave early to celebrate a recent promotion in the department. On the condition we went to the pub. For once, I avoided the wine and instead treated myself to a diet coke before heading home to have an early night. I wore this cute pink and it was pretty much intact when I went to take my makeup off, result.

Wednesday – Kat Von D Everlasting Liquid Lipstick in Double Dare. Wednesday was the first day in a little while I was in the office for “normal hours” rather than coming in (& leaving early) as I had the past few days. It was also a sombre day for the fact that, after coming back from work I was greeted by the news that only a short way from the office that several were injured at Westminster. It’s kinda hard to find any positives from such a horrid situation, but it did make me glad to go home and see my parents.

Thursday – Huda Beauty Liquid Matte in Icon. After the events of the day prior, I was glad to have a busy day planned for Thursday. Lunch time was spent taking a trip up to Harrods food hall (& spending far too much on lunch.) Seriously, I swear it’s impossible to go in there without buying something yummy. Anyhow, after returning to work and the afternoon flying by it was off to meet Sophie in Wimbledon. We’d planned to go to Pho, but due to a power cut it was closed. Walking down the street looking at our other options we ended up at Chimichanga. I mean, you can’t beat a cheeky Tex Mex right? Good job I chose this long lasting formula while battling a plate of nachos…

Friday – Jeffree Star Velour Liquid Lipstick in Masochist. Thank goodness it’s Friday huh? I’d originally planned to stay up to midnight to watch a live stream of RPDR but I found myself tucked up in bed for 9pm. Surprising, as I’d woke up, put some bright makeup on and drank lots of coffee. Including a matcha latte at Sourced Market at lunch. An acquired taste for sure..

Saturday – Jeffree Star Velour Liquid Lipstick in Dreamhouse. Saturday morning was spent watching the latest episode of RuPaul’s Drag Race on Netflix, which was awesome by the way, and drinking copious amounts of green tea. After finally getting dressed; I popped to the bank before going for coffee and cake with my mum and treating her to her mothers day pressie. While she headed home I went to get my nails done. I went for a bright sparkly pink inspired by my pink metallic lipstick of course! 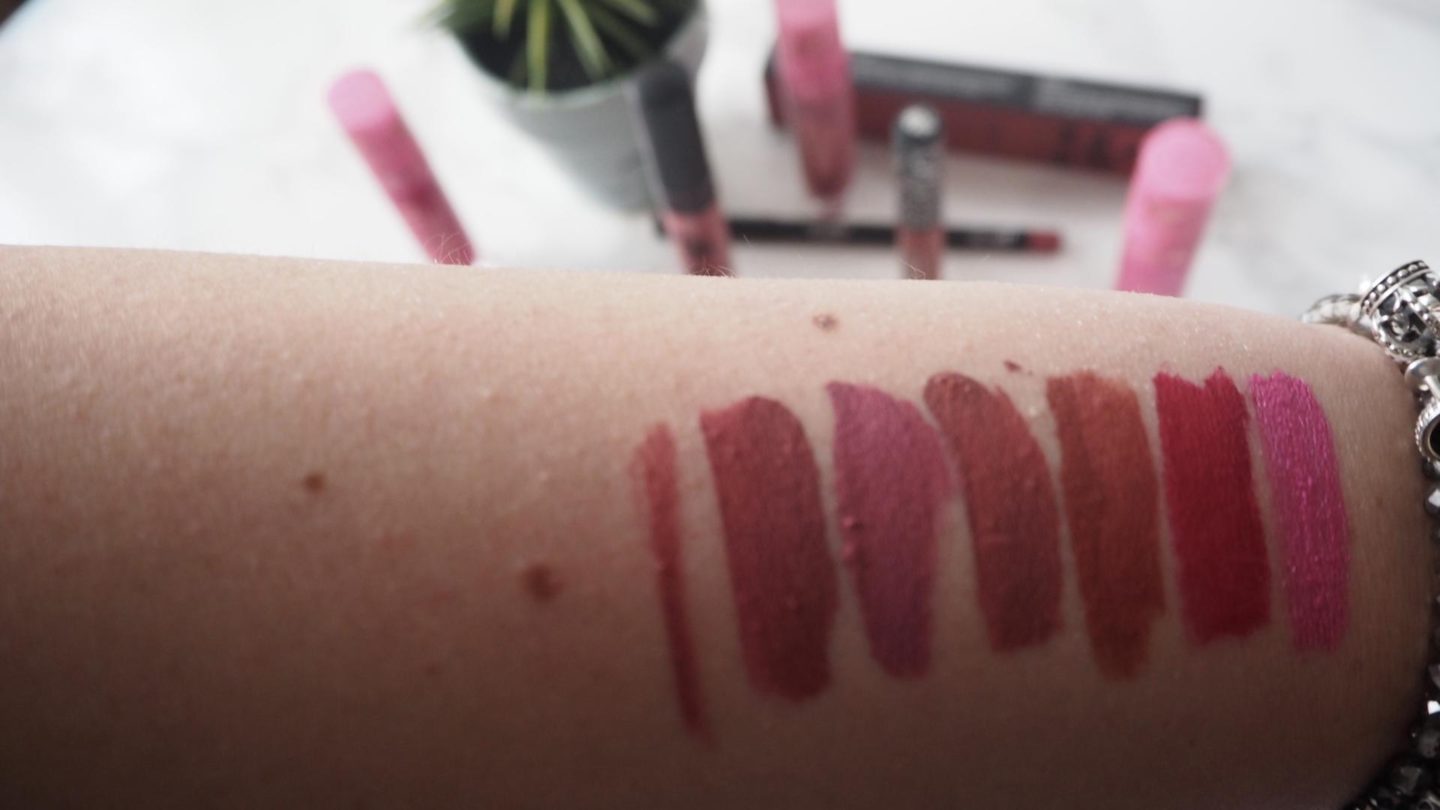 What lipsticks have you been loving this week?