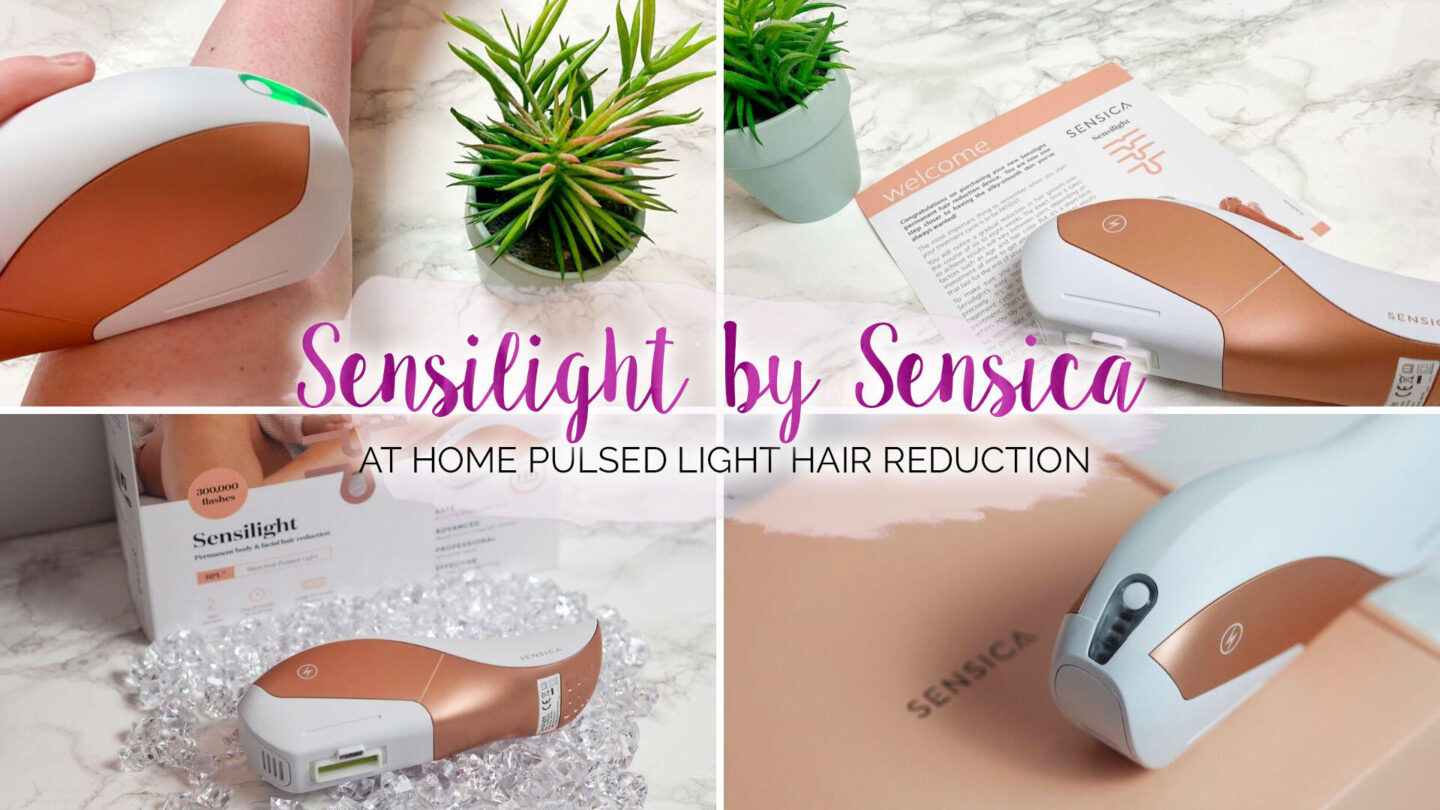 As someone with naturally thick dark hair, it’s has always been something I’ve been self-conscious about. In particular when it comes to body hair. As such, there have been times in my life where I’ve just taken to keeping my legs covered. And often keeping shaving them to just before an occasion when I wanted to have my legs out. (Mostly before a “big night out” with friends.) And, due to this, there have been various different ways I’ve tried to make having smooth legs last just a little longer. Be it waxing, epilating or even those little buffing pads that claim to exfoliate the hair away. I’ve tried almost everything with varying degrees of success. I had just resigned myself to the idea that it was something that I’d learn to live with. But, when Sensica reached out and asked if I’d like to try their new Sensilight, an at-home, pulsed light hair reduction device. Well, I’ll share with you how I’m getting on after 6 weeks of use… 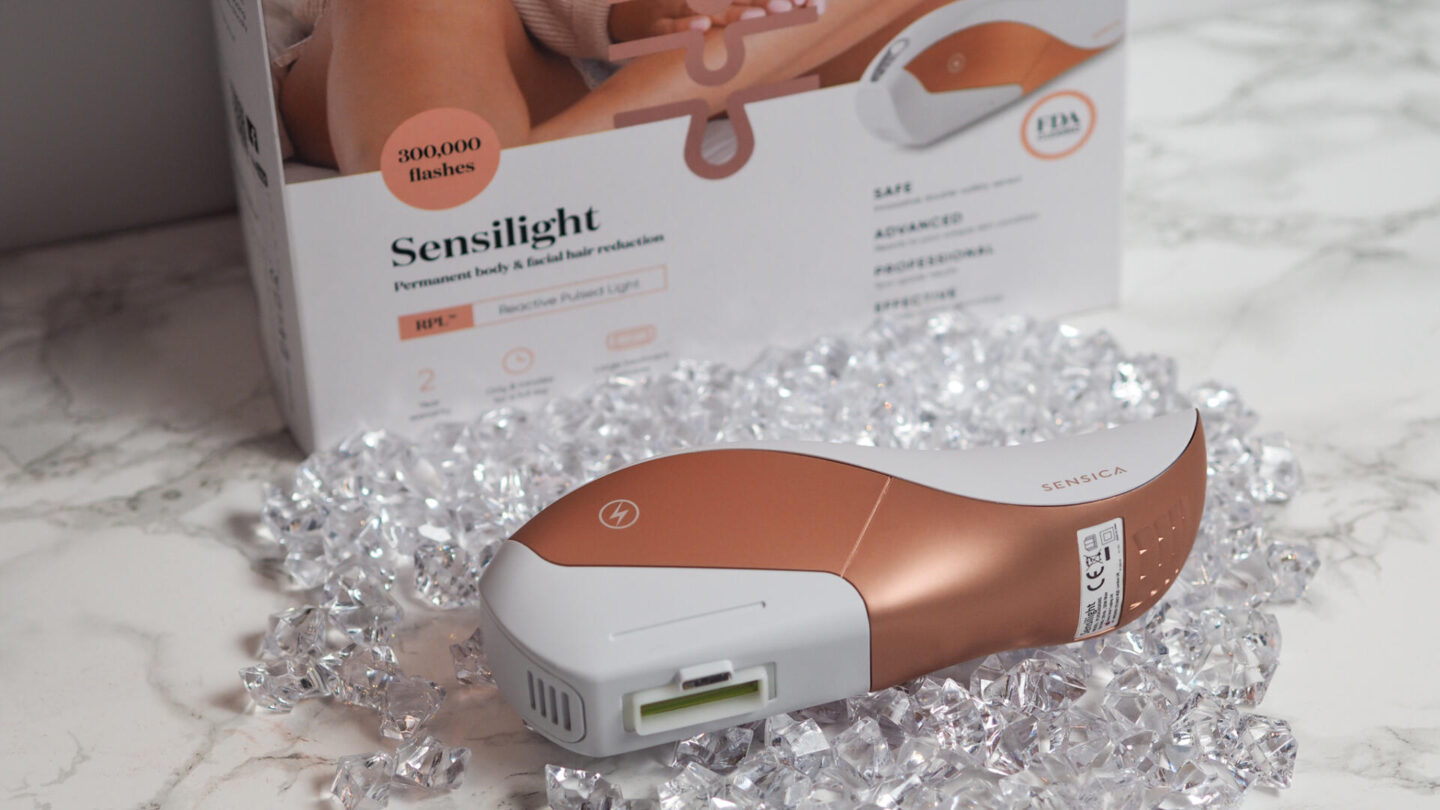 If you’re anything like me, your first question reading this will be, “but how does it work?”. Well, Sensica uses a Reactive Pulsed Light (RPL™ for short) system, which is one of the most advanced hair-reduction methods that you can buy for home use. It works by flashing a light into the hair shaft targeting the melanin. This absorbs the light, turning it into heat and disabling the hair follicle. To ensure that it’s safe for home use, the Sensilight is equipped with skin sensors. These constantly monitor and ‘react’ to your skin tone making sure that your treatment is not only fast and effective but most importantly, safe! (Plus, the Sensilight will only actually trigger it’s flashes of RPL when in contact with your skin which is great news for clumsy people like me!)

Due to the nature of the product, it’s advised that it works best on light brown to very dark hair and skin tones that are 1-5 on the Fitzpatrick scale. As someone who is at the lower end of one scale and the higher of another, I was interested to see how this would work for me.

Despite all the science and tech behind the device, using the Sensilight is actually really easy. You simply prep the area by shaving and making sure it’s clean and dry. (Not plucking or waxing as it works on treating the hair follicle.) Next, you turn it on and select the energy level you wish to for the treatment. Then, it’s time to actually use your Sensilight. Put the treatment window (the rectangle that emits the light) on the area you want to treat and then press the button to release the flash. As I mentioned before, for safety reasons it will only action this if the Sensilight is in contact with your skin. See what I mean about being super easy to use? 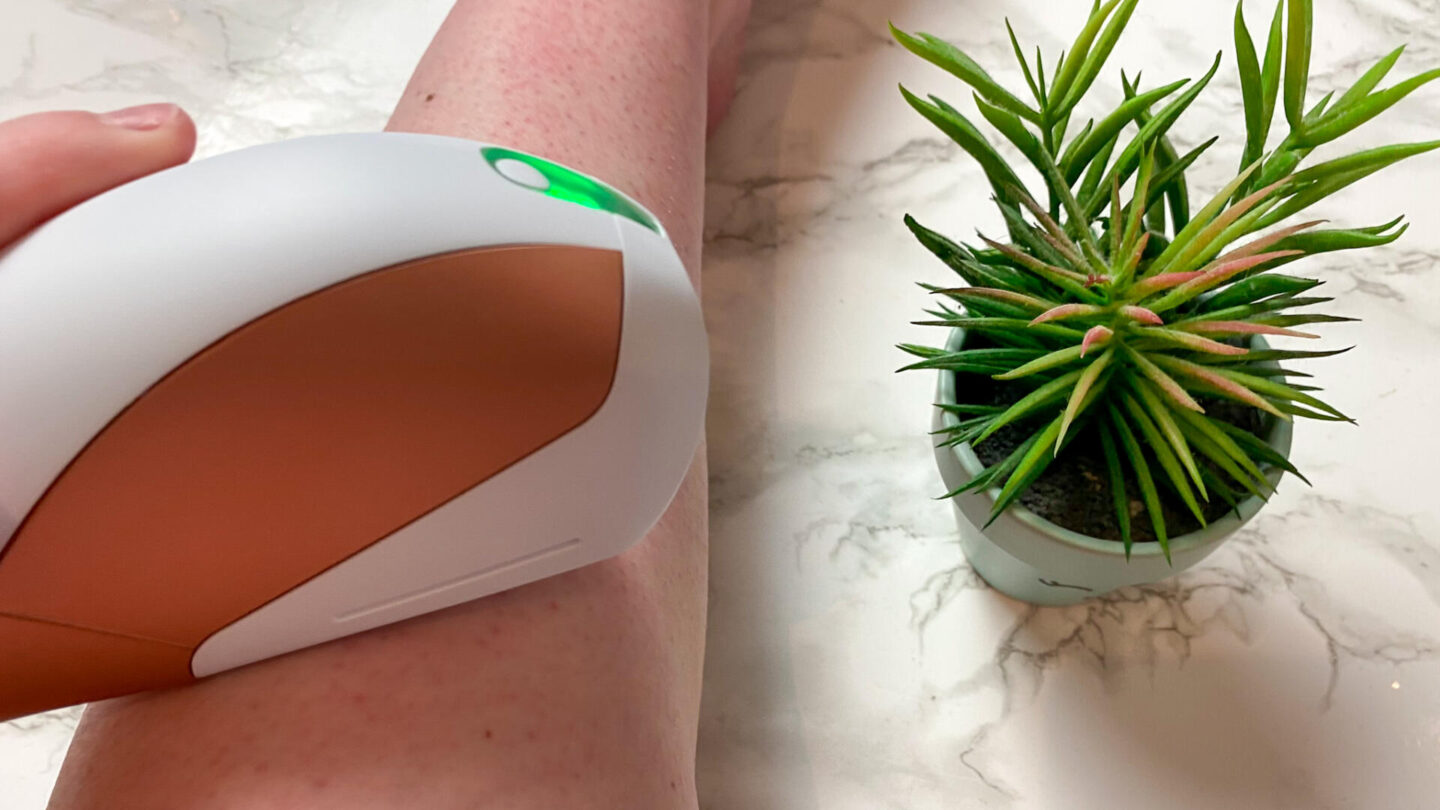 Results & How I Got On

As I mentioned in the introduction, I’ve been using the Sensilight by Sensica for six weeks now. As it’s designed to treat the hair follicles and permanently the reduce the hairs pigmentation, it’s not something to use for a quick, or overnight fix. In fact, depending on your hair type it may take a good three or four treatments to begin to see your results. Personally, I made a habit of after having a nice soak in the bath and shaving using the Reactive Pulsed Light treatment waiting for my hair to have dried off enough to blow dry. (#ThickHairProblems!)

While I thought that I would see the biggest change in my legs, that hasn’t actually been the case. Instead, I’ve found myself having visibly less underarm hair. Something that beforehand I had to shave far more frequently than I’d like. I’m really excited to see how much further treatments over the next few months make a difference too! 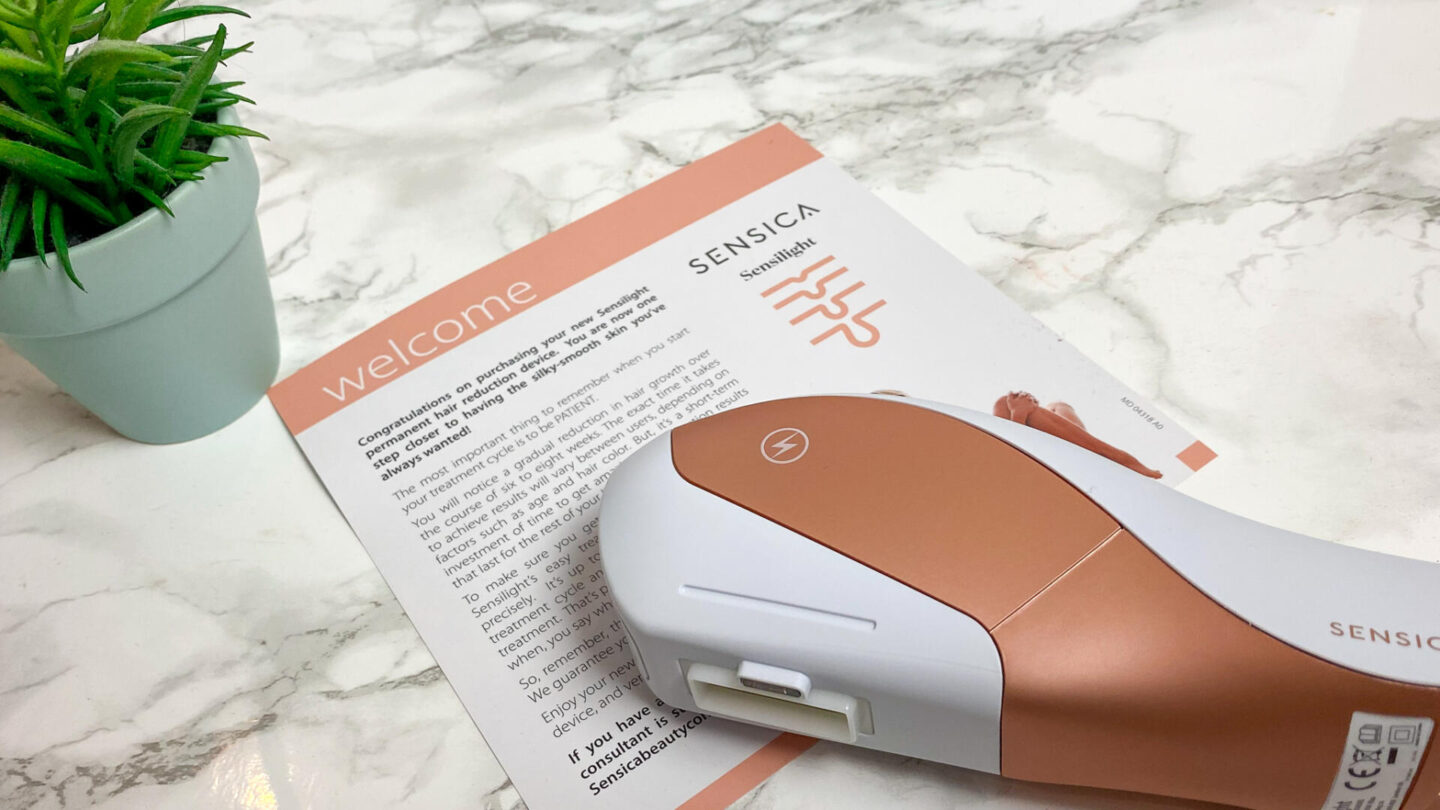 Sensica has three Sensilight Hair removal models, all available at Boots. I tried the classic Sensilight which comes with 300,000 flashes. However, a mini and pro are also available, depending on your usage and budget needs. 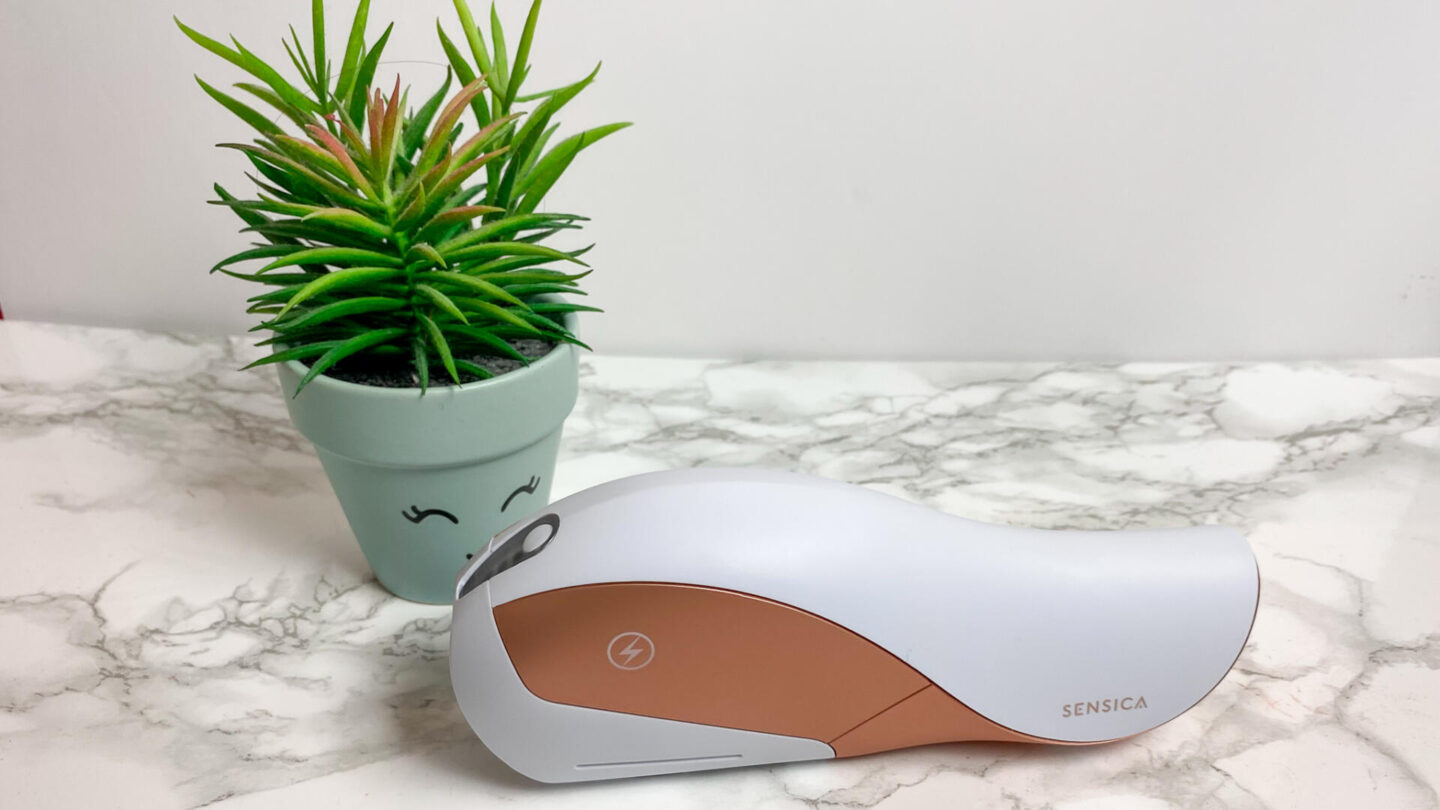