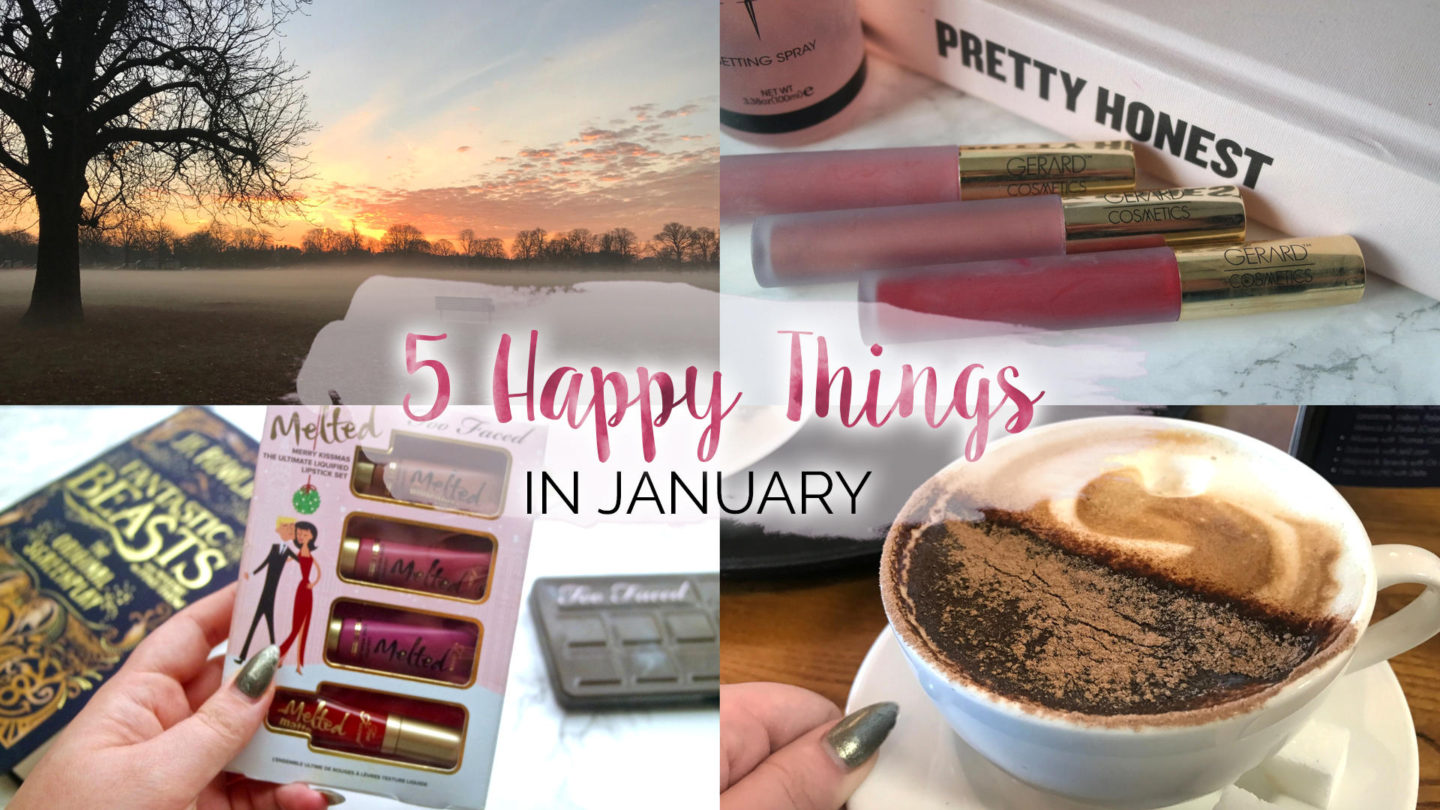 “New Year New Me!” is not a phrase I believe in for many reasons. However the main being, I feel that if you want to change something – why do you need to wait until it’s the end of December (and just after an indulgent holiday) to do it? I mean, January is a hard enough month as it is. Plus, if I did believe in becoming a new person every year, I’d be pulling pretty hard for 2018 as so far.. Well I’ve just been a ball of stress for most of January. That’s certainly not a new me, and definitely not one I want to be for the rest of the year.

So on that note, before I call January a write off, I thought I’d bring back my monthly “Five Happy Things” and share a few things that have made me smile this month. 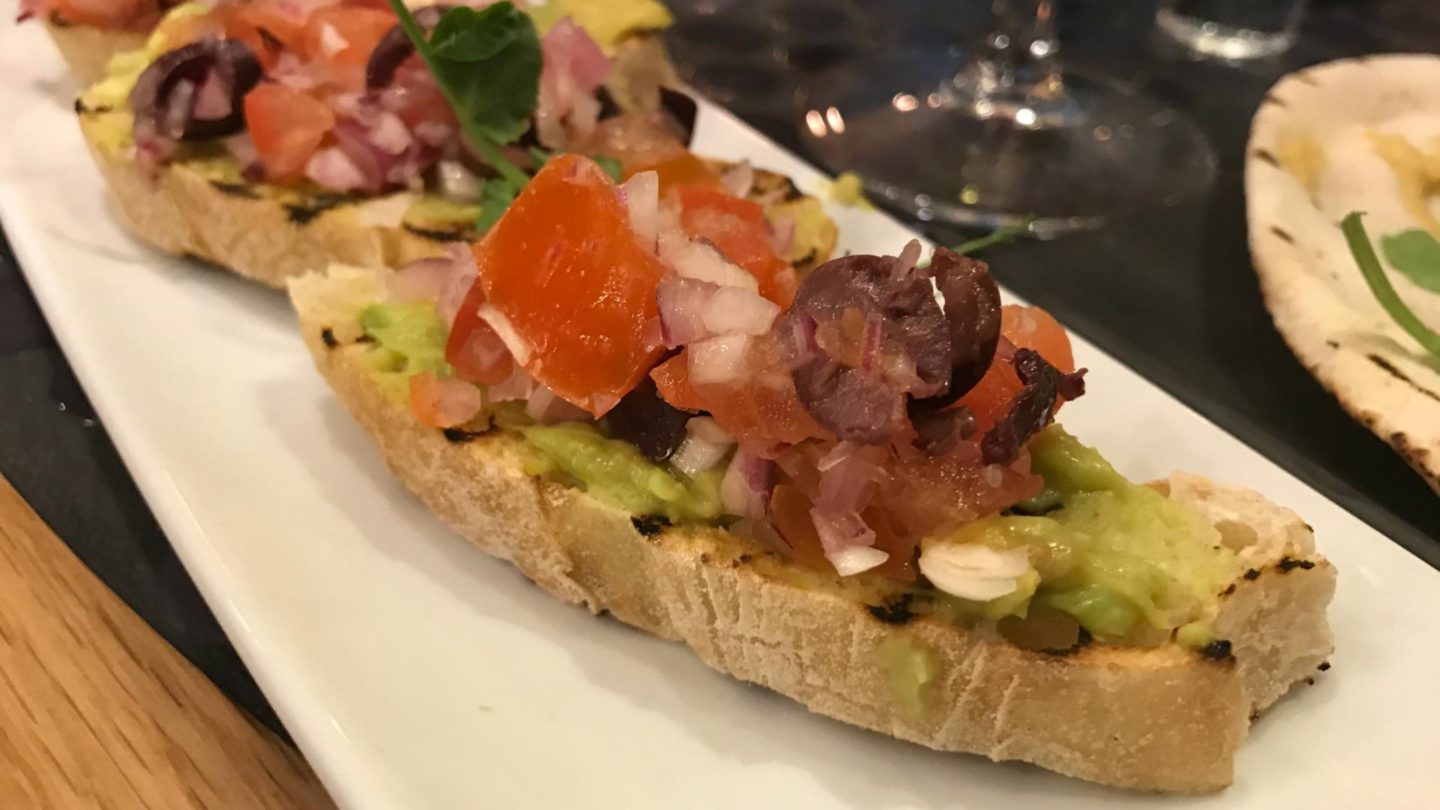 As an animal lover, I’ve always considered returning to a vegetarian diet. But, due to for the most part convenience, I have put off doing so. With the veganuary campaign, I thought I ought to do my bit. While flat out swapping to a vegan diet was too much for me, I decided to adopt a pescatarian diet this month. & for the most part I’ve found it incredibly easy to make the switch. I’d like to eventually phase out seafood / fish and the finally all animal products but at the moment, I’m happy to have just cut meat out without any issues. & I feel like it’s encouraged me to make some all over more healthy food choices too!

If you follow me on Twiter (which if you don’t I’m @FrannyMac_ *hint hint*) you’ll probably have seen that the majority the gifs I use are from the one and only RuPaul’s Drag Race. With the new season apparently coming next month and being in desperate need of watching something light hearted and fierce I made the choice to zone out and re watch it from the very beginning. There’s nothing better when the weather is not so great than snuggling up in bed with a cup of tea and Netflix. 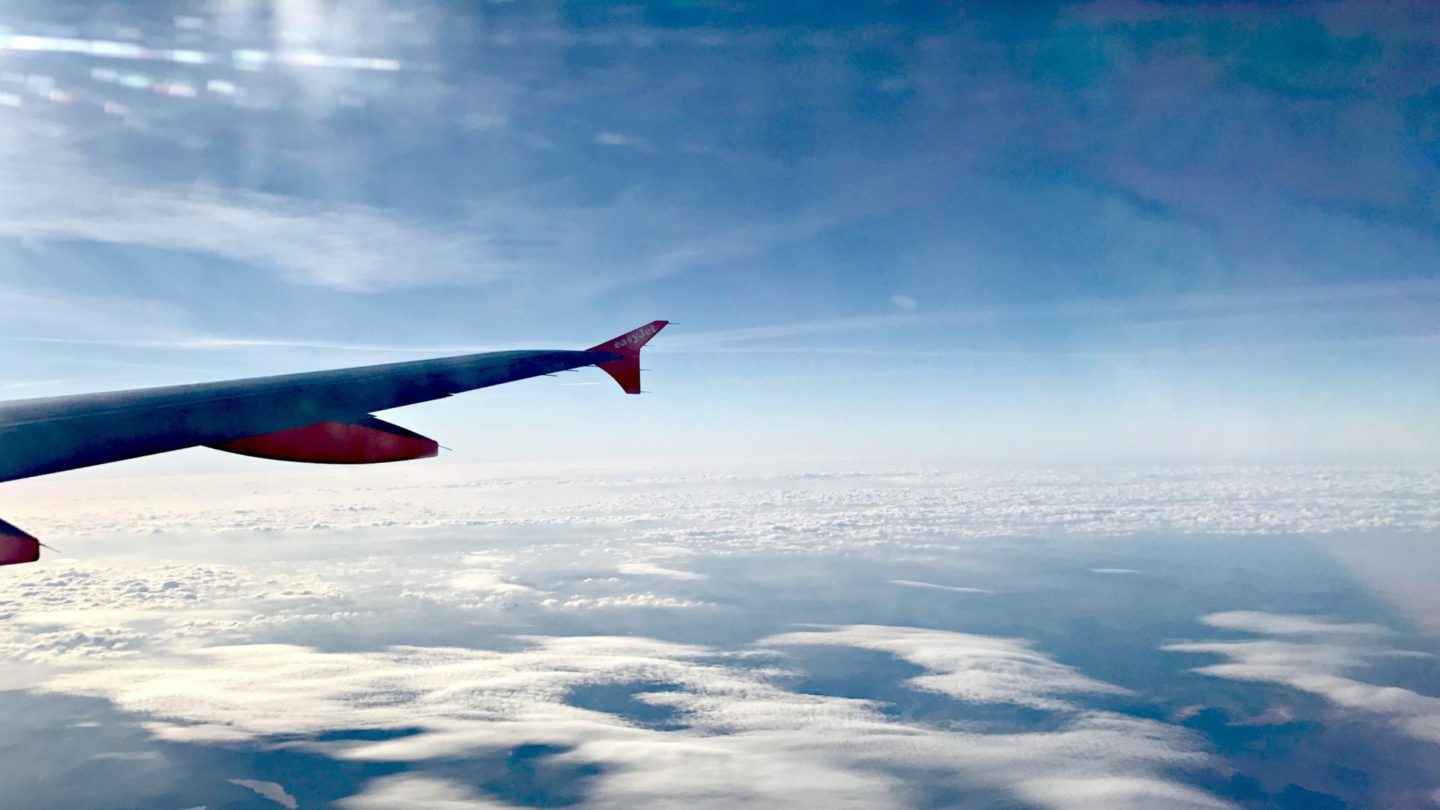 Well, what some people would call my home town anyway. The circumstances as to why weren’t the best, in fact they were pretty terrible if I’m honest. But for the first time in years – last weekend I headed back to Glasgow. Not only was I in the same city but I was also staying in the area I grew up. Eating at the local Italian restaurant (still owned by the same family – impressive!) and staying in the hotel I was Christened at as a surreal experience. I didn’t get to explore the city as much was I’d have liked under normal circumstances. However, I did get to reconnect with not only a lot of my family I hadn’t seen in ages but also with my roots. 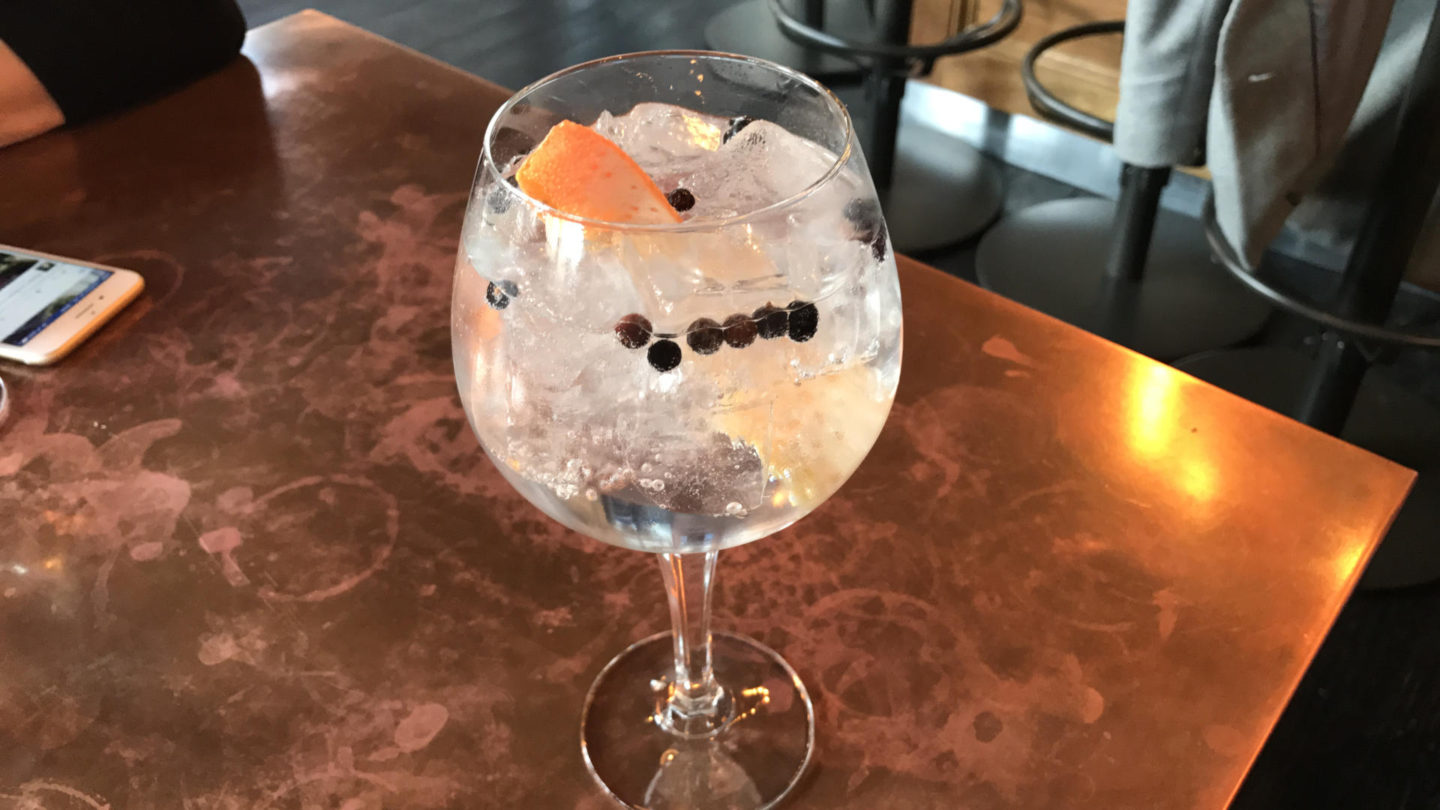 A trip to the gin hotel (aka The Distillery)

Since news broke of Portobello Star opening a “gin hotel” on, you guessed it, Portobello Road. Well I’ve been tagged in news stories and coverage ever since. (What can I say, I do just really love a good gin and tonic!). In need of a pick me up, I finally made the trip to The Distillery, the bar at said hotel. If the gorgeous vintage inspired decor and huge range of cocktails were anything to go by, it’s safe to say I’d love an excuse to go again. Even better if it was to stay the night. 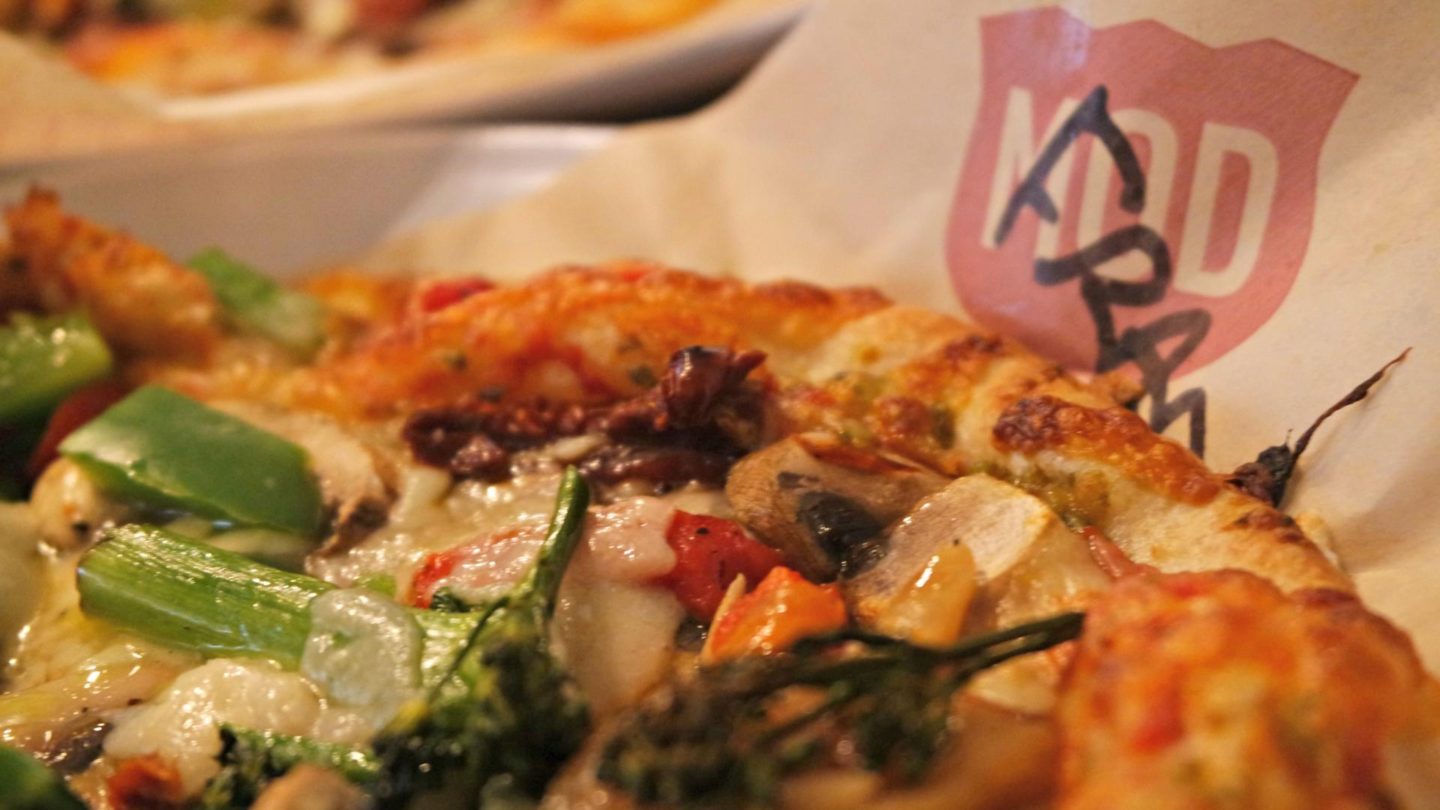 Because is there ever a situation that can’t be improved by treating yourself to pizza?

Well okay, I’m sure there is, but this one from MOD in Leicester Square was pretty spectacular. I mean I’ve already been back twice over this month! (& it’s put a smile on my face each and every time!)

What’s been making you happy lately?