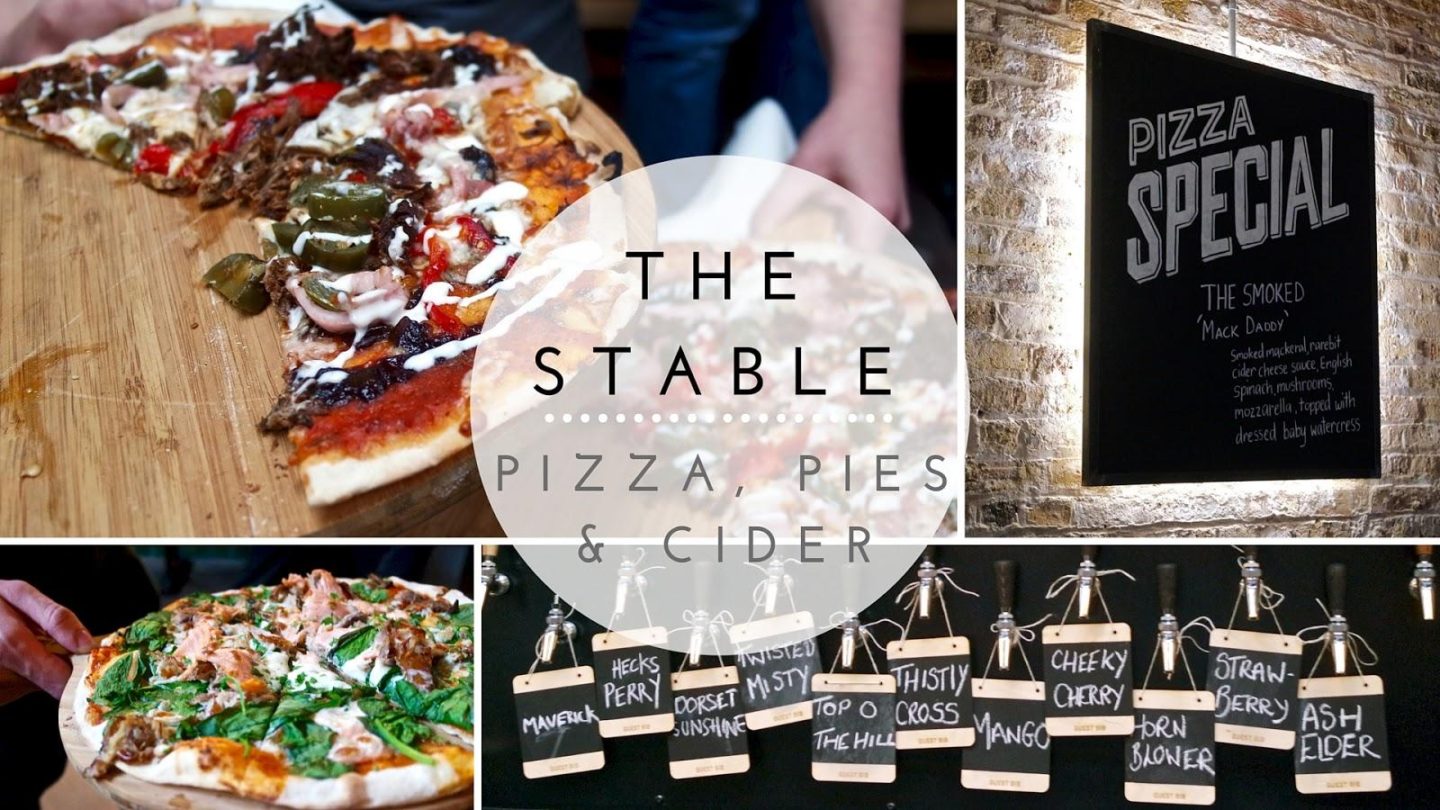 It’s no secret that I love pizza and living in London means I’ve had the chance to try some of the best pizza places in the city (including the self proclaimed “Best Pizza In London“). So when I was lucky enough to be invited to the opening of The Stable‘s first London branch in Whitechapel, I was super excited. Since Richard & Nikki Cooper converted a former stable in Cheltenham into a showcase of local produce back in 2009, The Stable has grown rapidly with branches now all over the South of England. The menu focuses on pizzas, pies and cider, with all branches still maintaining the Cooper’s original concept of keeping things fresh and local with the pizzas and pies made on site daily.

To celebrate the opening of The Stable’s first London branch, in the three days running up to the date the team were driving around the capital in The Flagon Wagon, a converted 1964 Bedford lorry giving out free samples of their delicious cider. Sadly I missed the wagon but I was still lucky enough to try some of the selection of ciders alongside the incredible food on offer. A little birdy (well their twitter account..) tells me the wagon may well be going on tour this summer, which is definitely something to keep an eye out for. 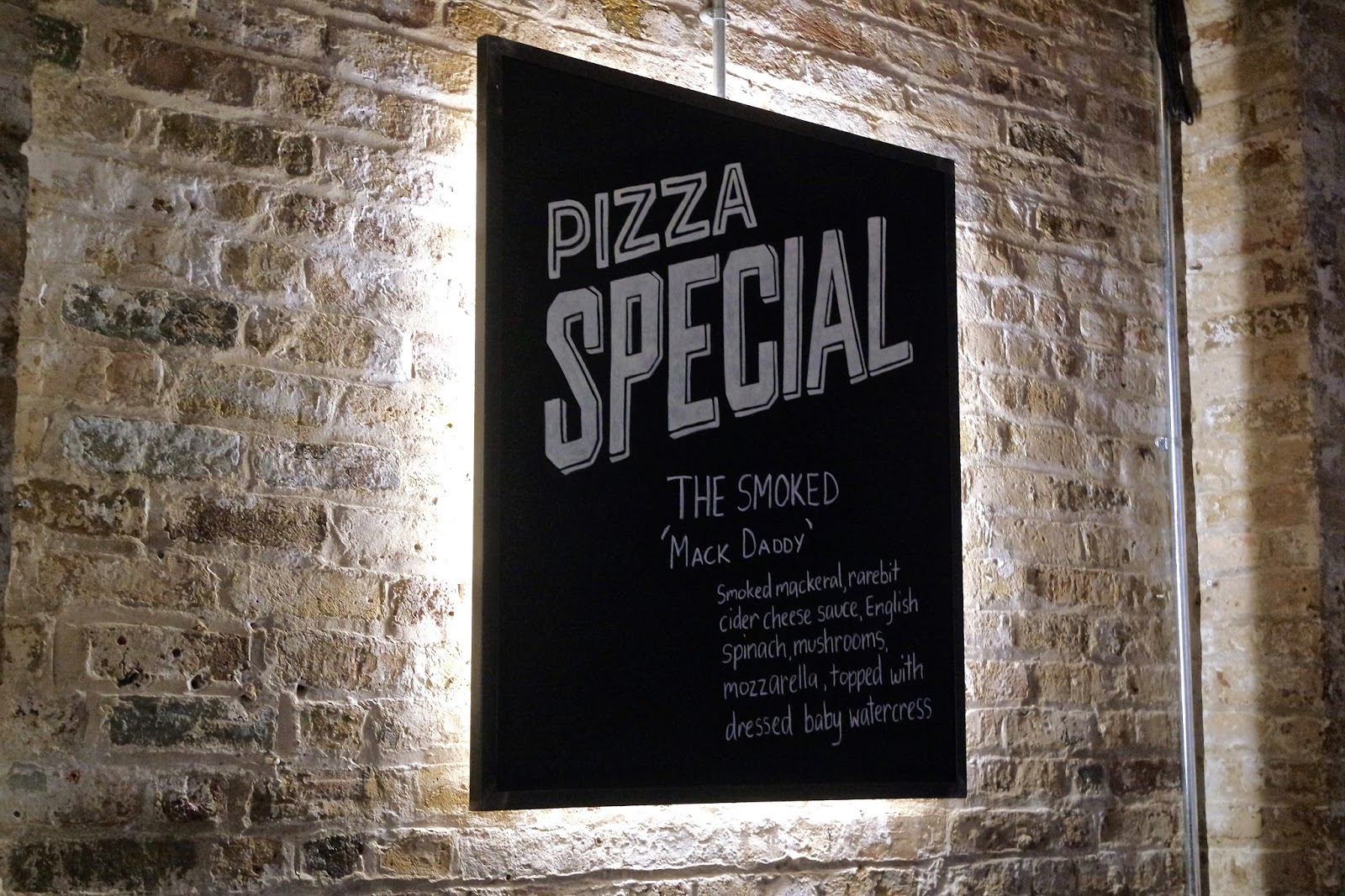 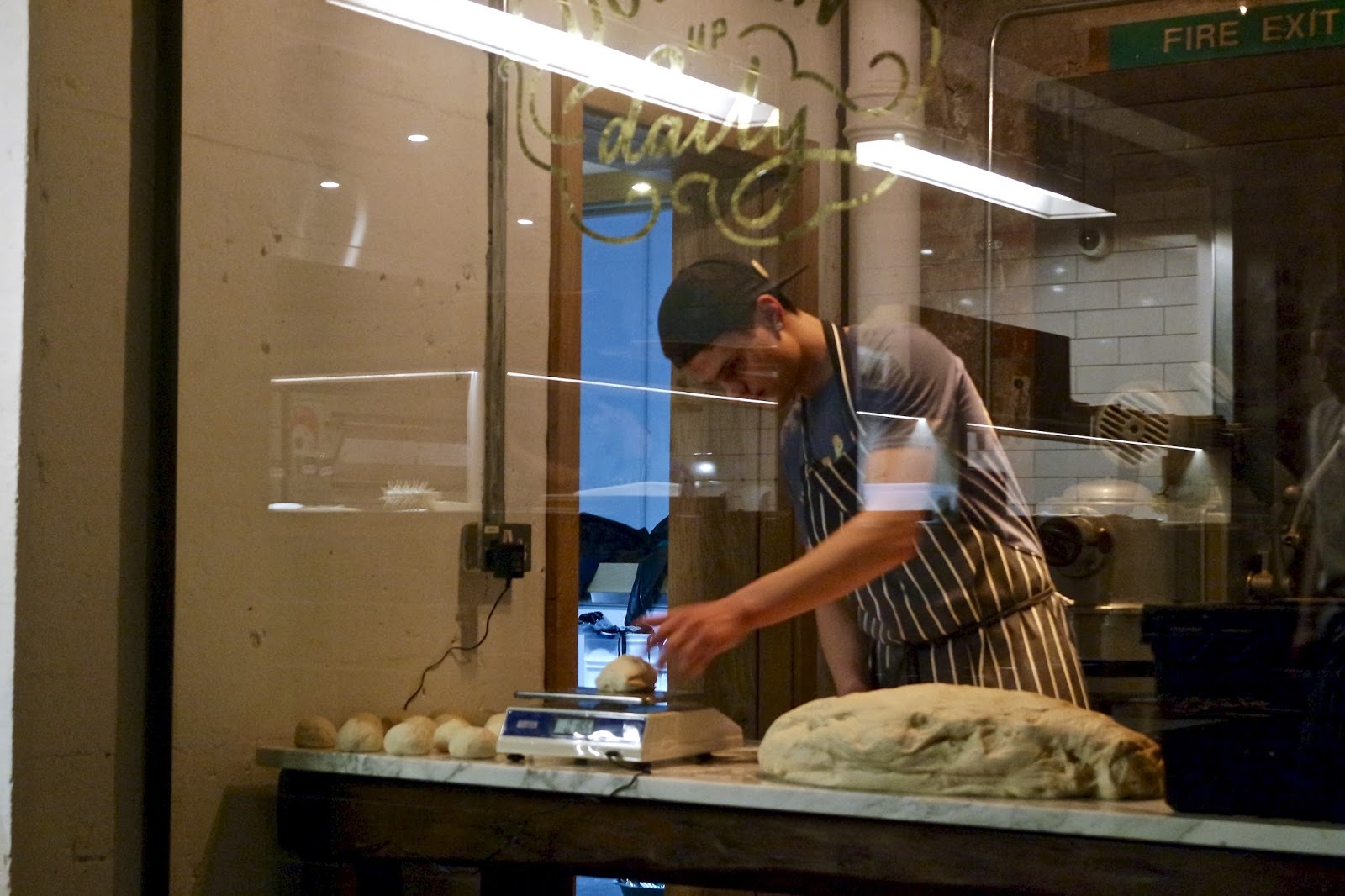 Located at 16-18 Whitechapel Road, a few minutes walk from Aldgate East station, the newly opened venue is a complete tardis. The front of the building is made up of a bar and a few tables with an arch opening out onto the large rear dinning area complete with a stage, soon to be the home to regular live music. This main dinning area is done out with exposed beams and a faux stable roof, all in all making for a great ambience and feel. 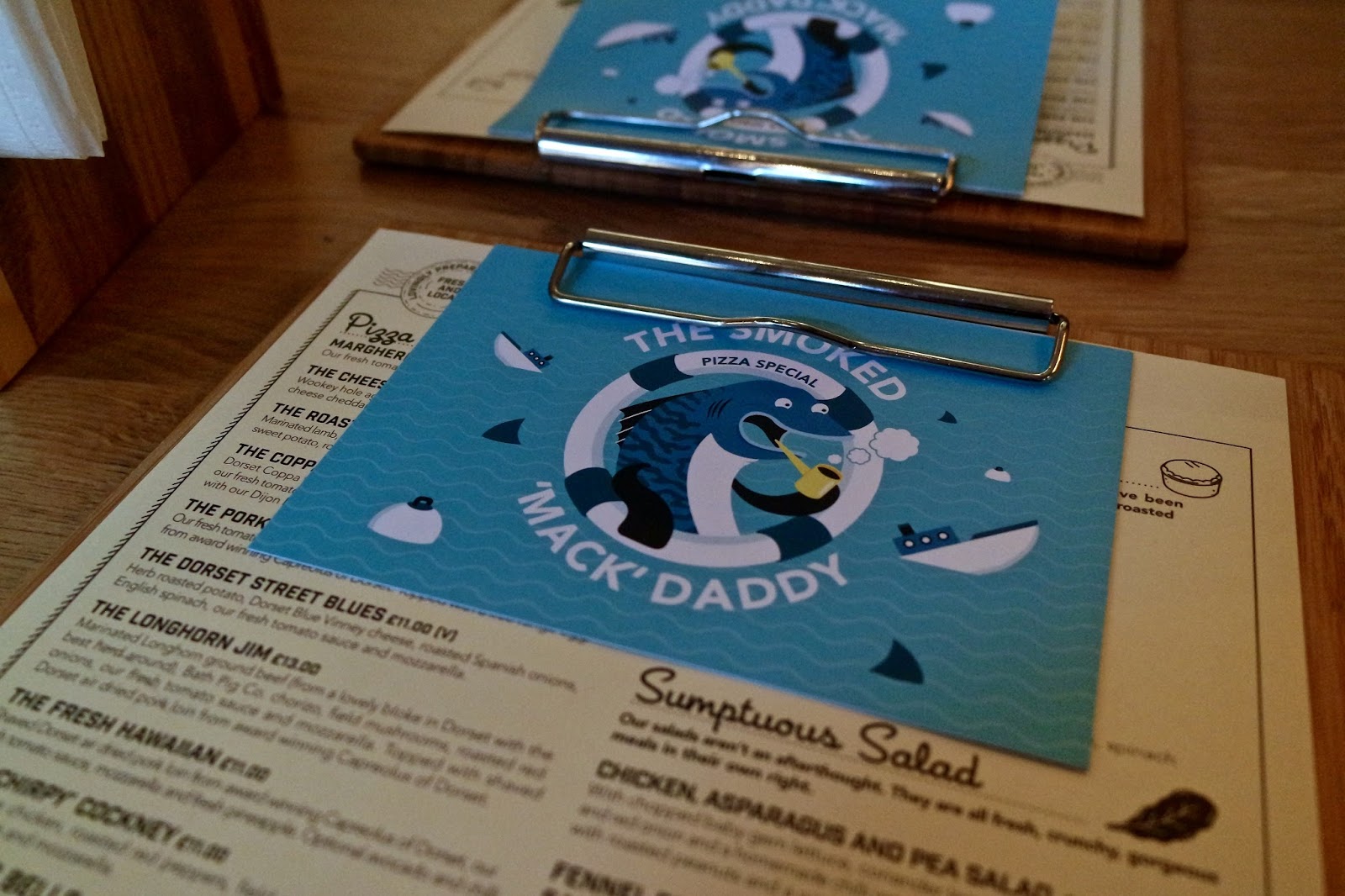 Anyway, on to the most important bit, the food. The main menu consists of 14 pizzas (plus one monthly special, April’s is the “Smoked Mack Daddy” – with mackerel, English spinach and rarebit cider cheese sauce), five pies and four salads along side some sides. Although, the pies and salads all sound rather tasty, the main event here for me was the pizza. The staff came round with all the different varieties for us to try; I was in pizza heaven (and probably ate a little too much). 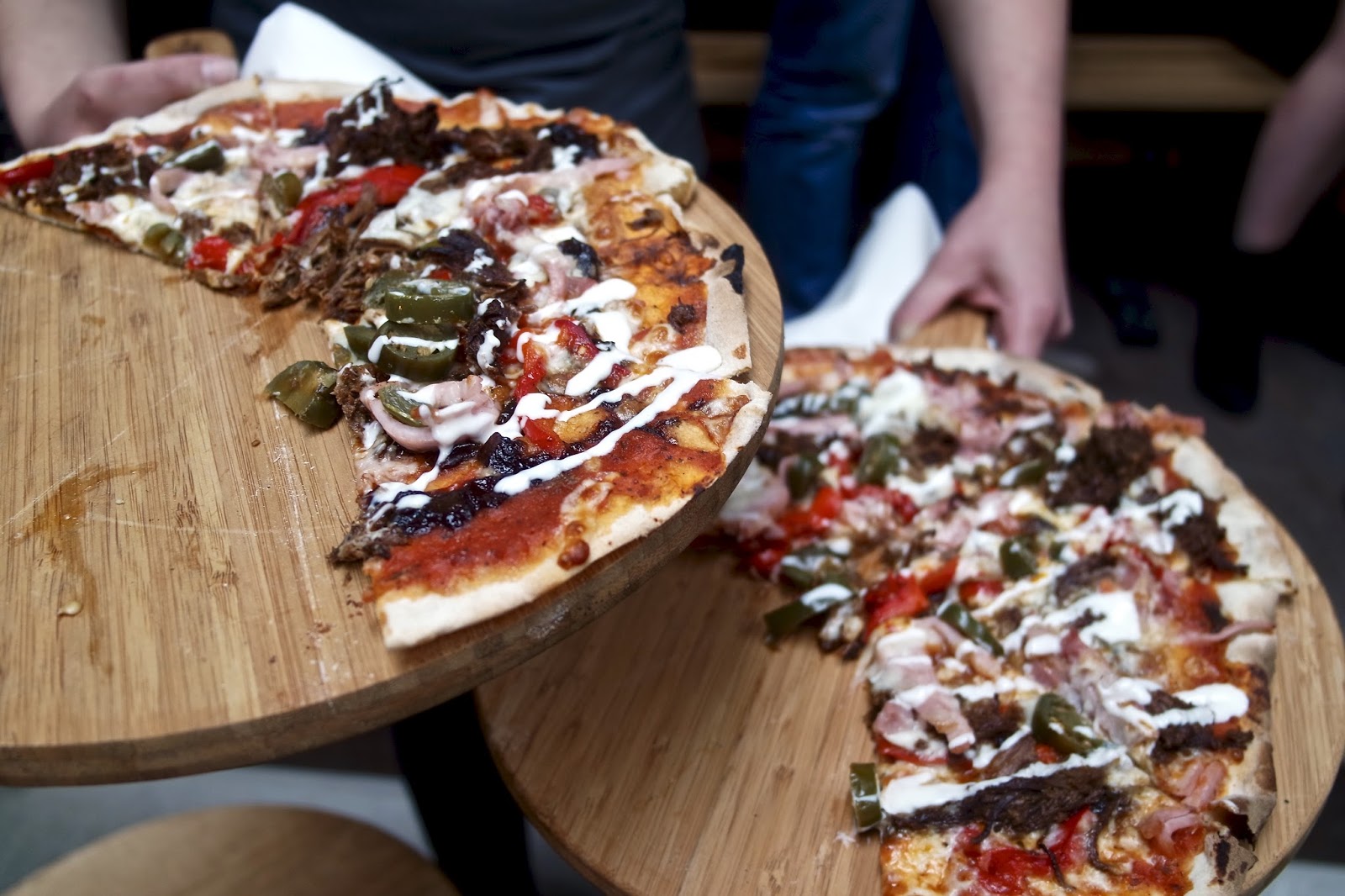 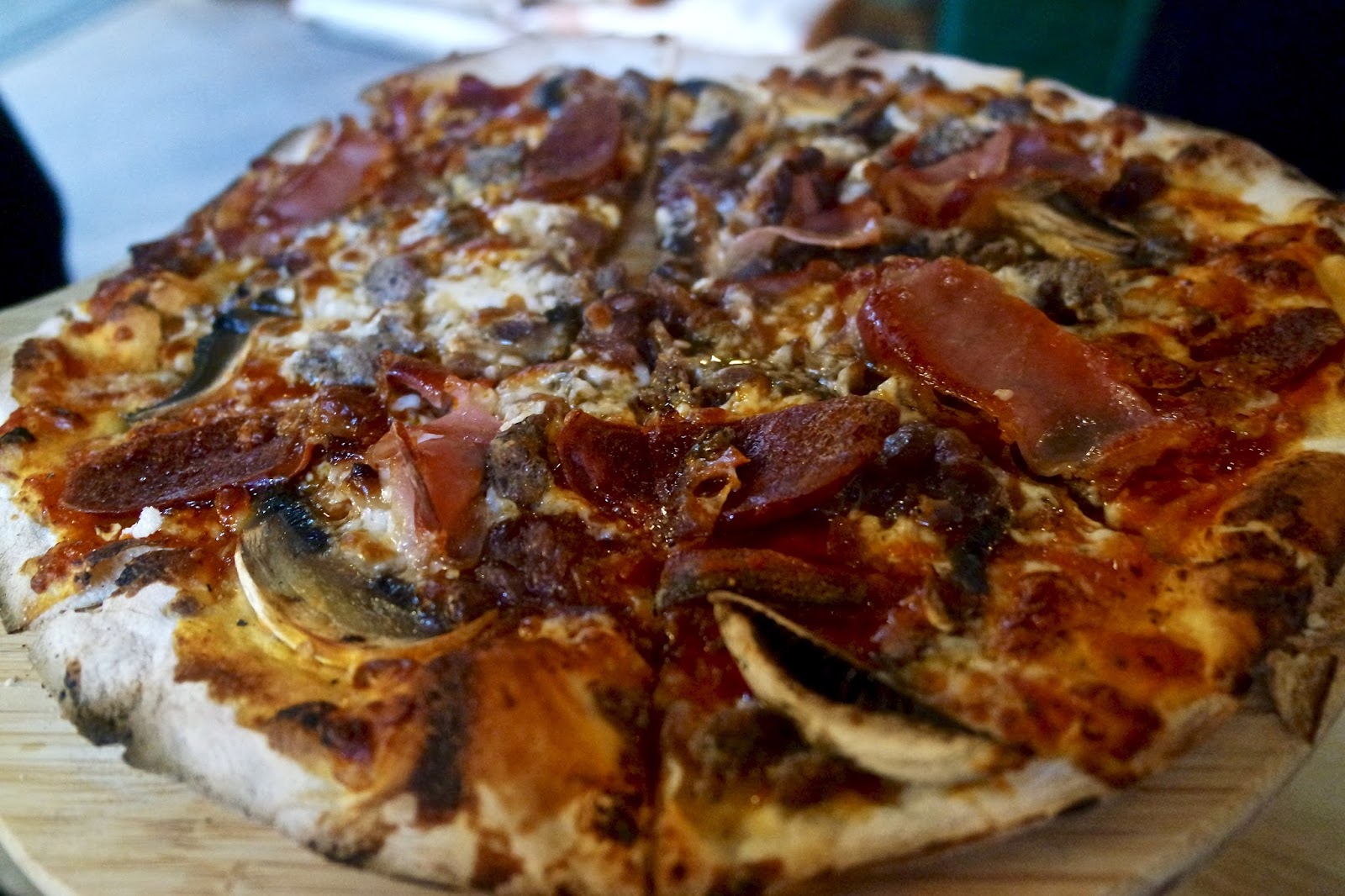 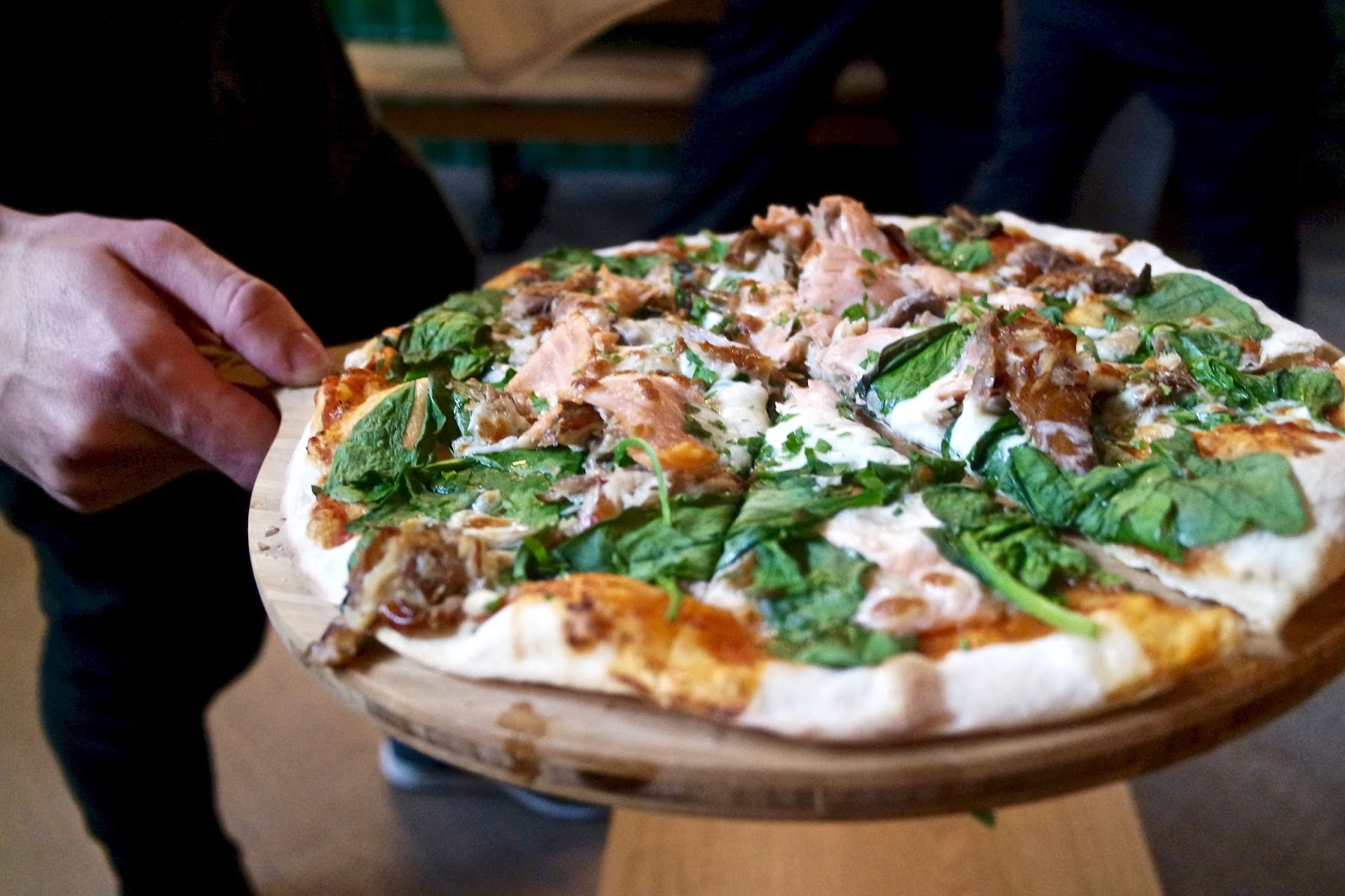 From top to bottom: Blazing Saddle (slow roasted pulled beef, Denhay Farm bacon, caramelised onion and roasted red peppers topped with jalapeños and sour cream), Longhorn Jim (Longhorn ground beef, Bath Pig Co. chorizo, roasted red onion and field mushrooms) & Aldgate Angler (Jackson’s of Newton Abbot smoked mackerel, Severn and Wye smoked salmon and English spinach).
My personal favourites were the Longhorn Jim and Blazing Saddle but it was a close call, I could happily of ate every single thing on the menu. What I really love is that the toppings are all sourced from around the UK and I feel a lot of restaurants could do with taking a leaf out of The Stable’s book when it comes to this. The quality of the meats, fish, cheeses and veg was impeccable. Having spent a lot of time around the South West of England with family, it was great to be able to recognise some of the places and producers. Although I am a huge fan of Napolese style pizza, I found the thin and crispy sourdough base to be right up there with the best I’ve had. 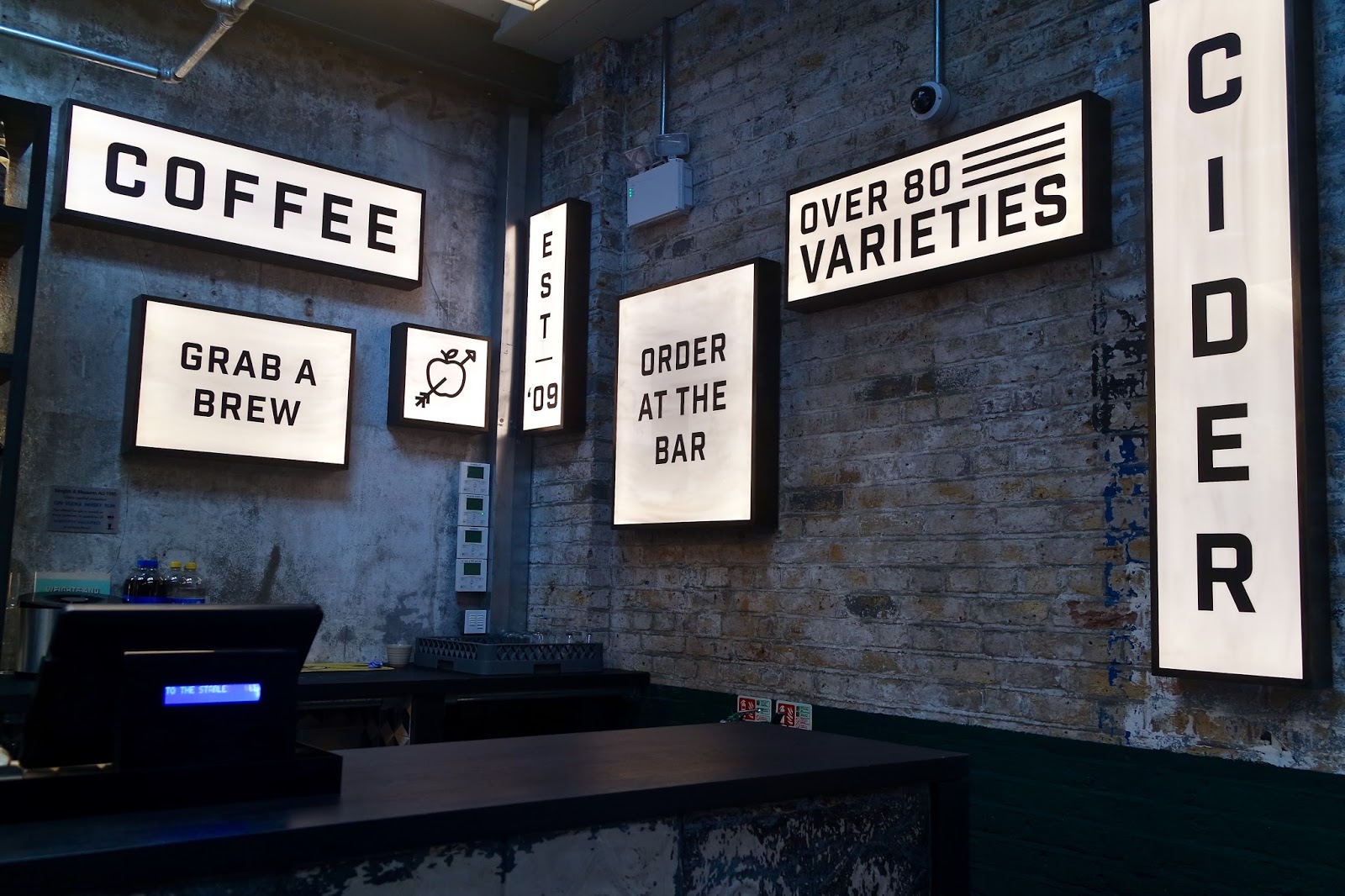 Another thing I absolutely love about The Stable is that the staff are all really knowledgeable when it comes to the huge range of ciders on offer. As someone who normally only enjoys a cider at a summer BBQ (and for my sins it’s normally something falsely fruit flavoured), I felt a bit daunted looking at the list of names. However, the lovely guy behind the bar saw I was looking a bit lost and after asking what I like and letting me try a few I found the perfect one for me. 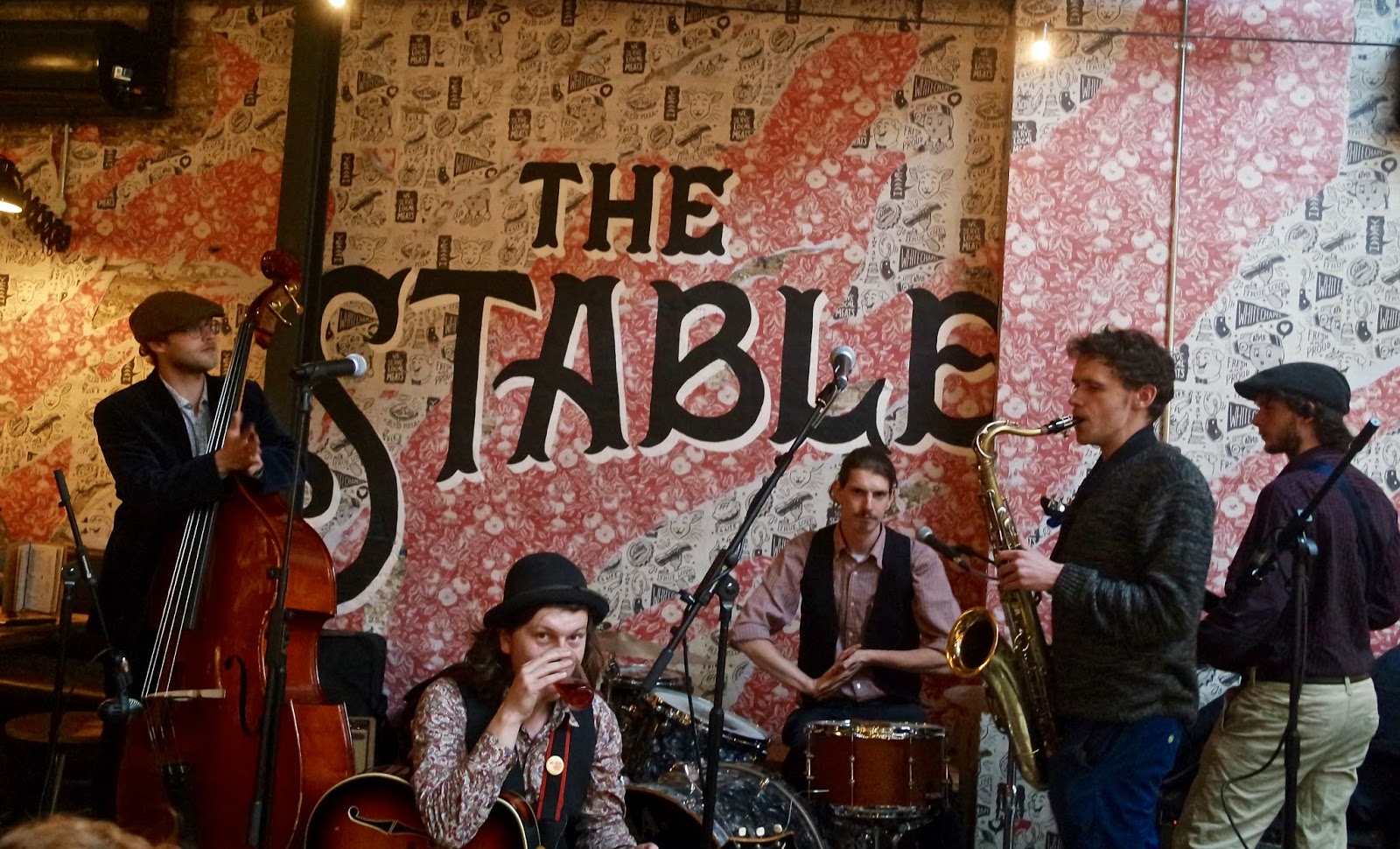 I will definitely be taking a return trip to The Stable (in fact, I took my parents this weekend and my dad said the The Aldgate Angler was the best pizza he’s ever had!) and if you’re in East London I really recommend popping in be it for a pint of real Dorset cider or treating yourself of a pizza.

Have you been to any of The Stable’s branches before? What did you think?