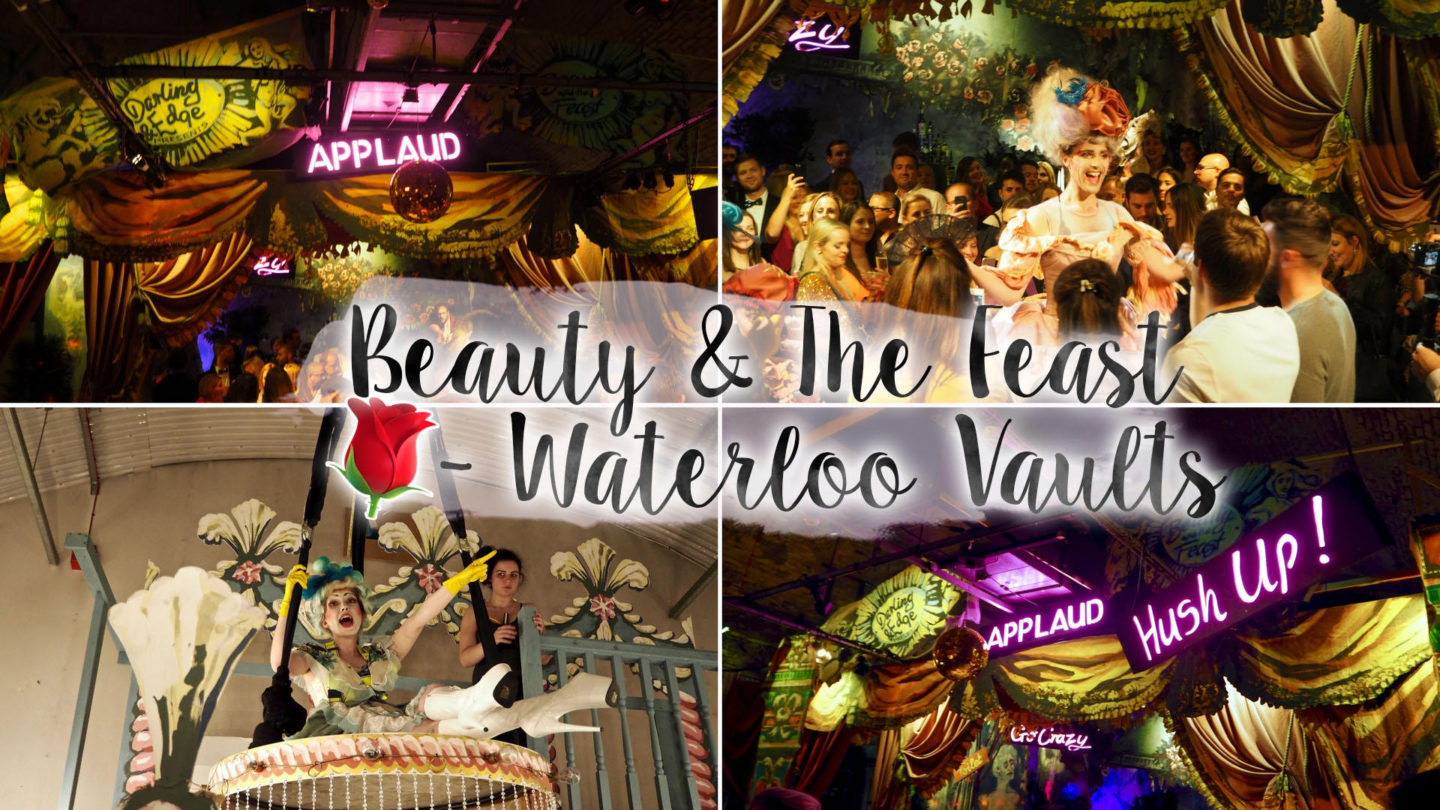 After heading down to the Wonderland Bar at the Alice’s Adventures Underground earlier this year I’ve fallen head over heels for the work of Darling & Edge. Following on from taking the classic fairy-tale of Alice in Wonderland and turning it into a twisted immersive play where you choose your own fate. They’re back again – this time with a take on Beauty and The Beast. As the name probably gives away, rather than simply being a play, Beauty And The Feast is a dinner theatre. With the tag line, “come as a beauty and leave as a beast”, Mona and I headed down on the opening Friday to check it out. 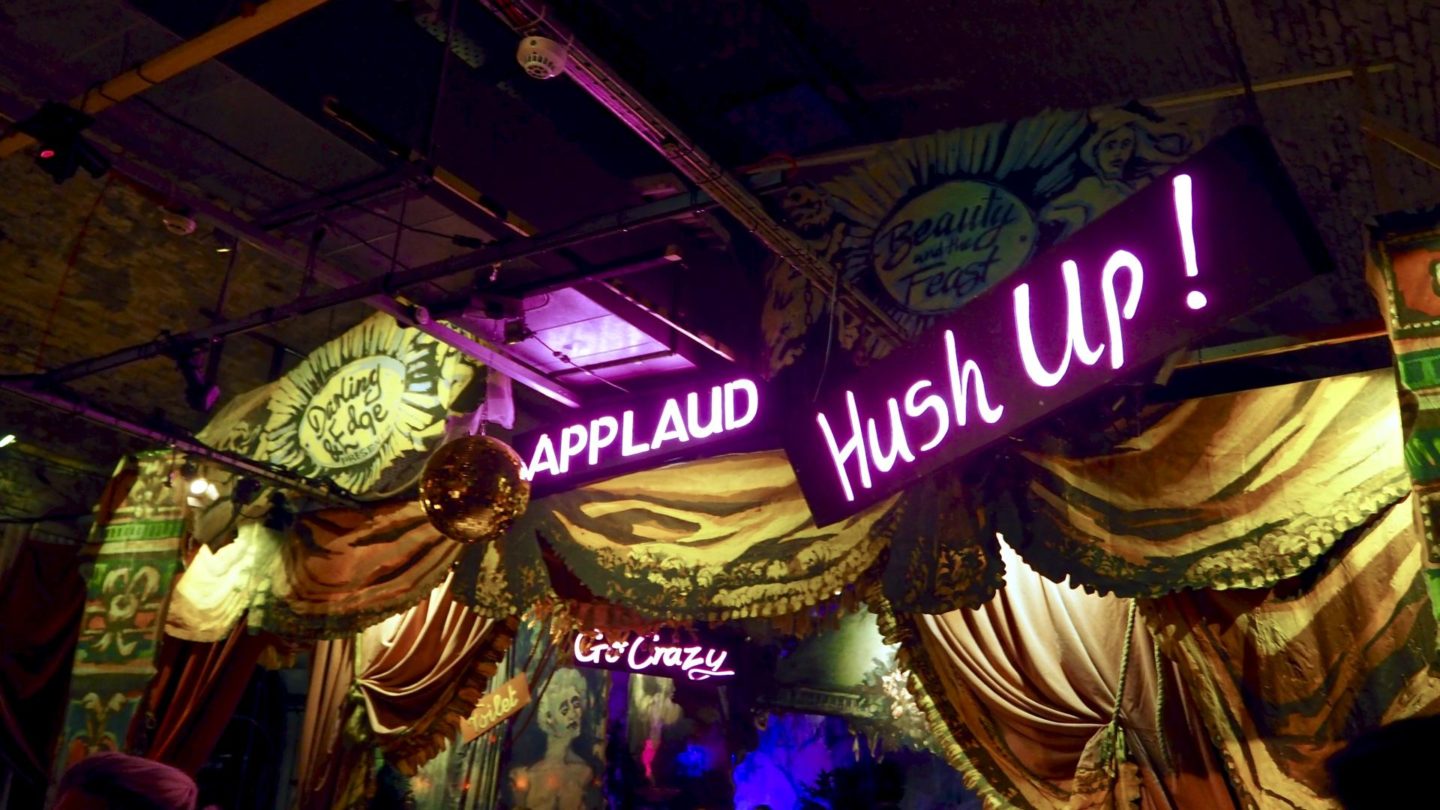 Beauty And The Feast at The Waterloo Vaults

Heading through the glittery curtain we made our way through to the first room. Decorated with various “shabby chic” elements to the slanted seating area and a stage like design over the bar we knew we were in for a visual treat that evening. Despite the room having a very French Renaissance vibe, there were also glowing neon signs. As always, Darling & Edge had really pulled it out the bag. 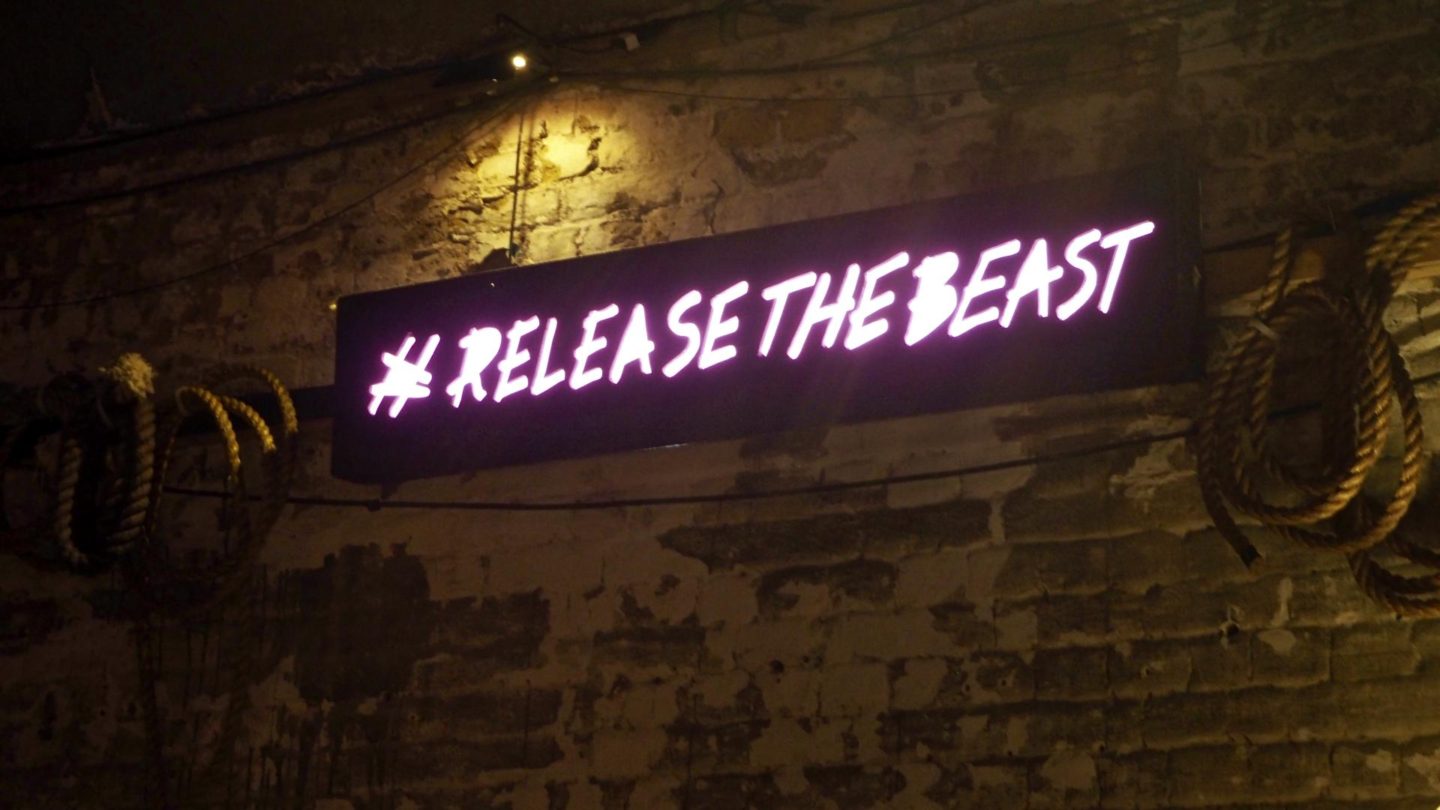 As we were some of the first in line to enter, we made our way over to the bar before finding a seat. The bar had a selection of cocktails themed around the evenings show. Such as Bootracks Garden Clippings, Fairy Liquid’s Dishwasher, Beasts Horn Polish and Belle’s Eau D’Toilette D’Rose. Although, as we couldn’t decide, we thought a glass of rose was a safe bet to start the evening. 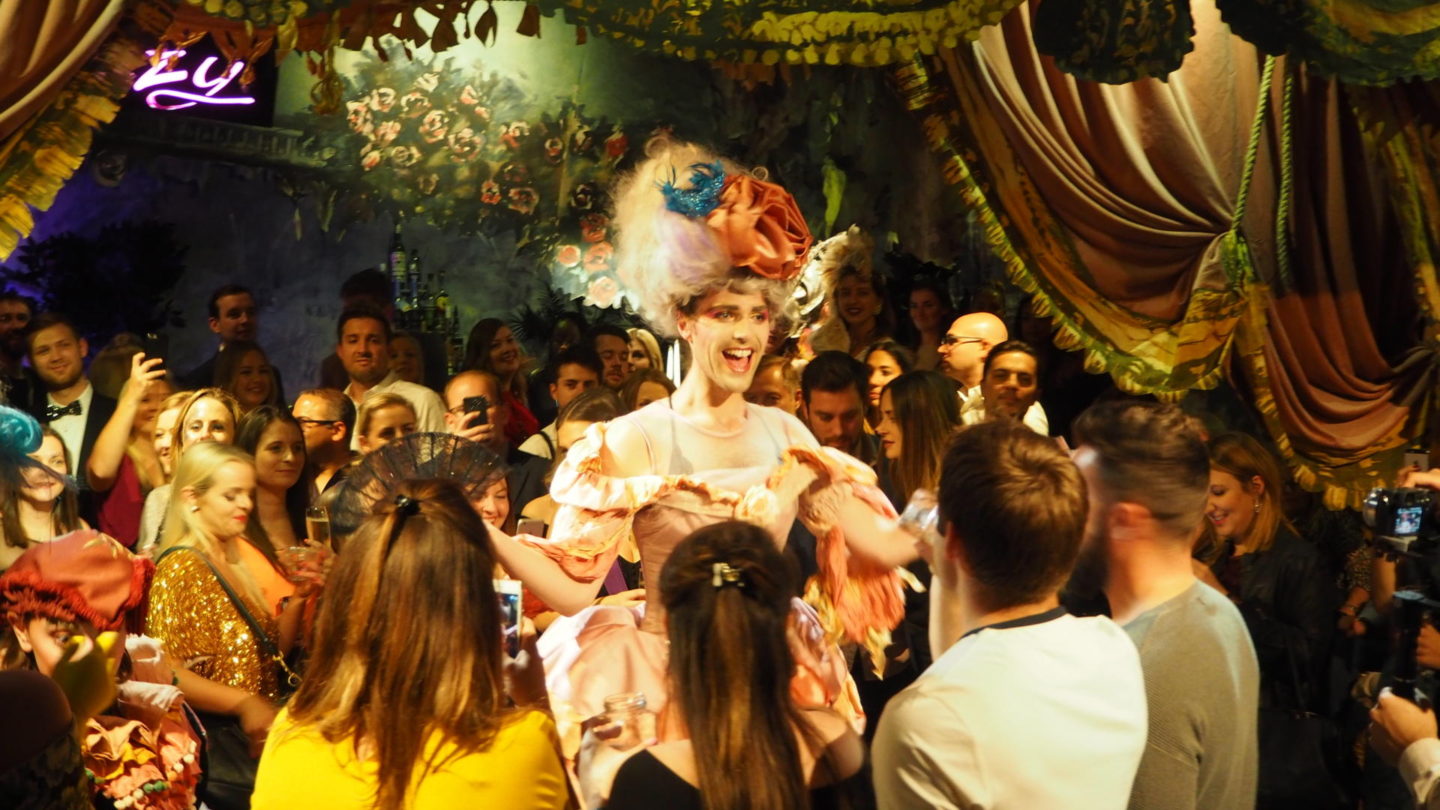 After a few of the characters such as Bootracks had come through the crowds and interacted with the guests we were all asked to sit down. As the lights went down, our host for the evening Fairy Liquid introduced herself and the plan for the evening. Without spoiling it for you, Fairy Liquid, with the audience’s help, wants to get the spark back in Beast & Belle’s marriage. And, a dinner party seemed like the perfect way to do it… 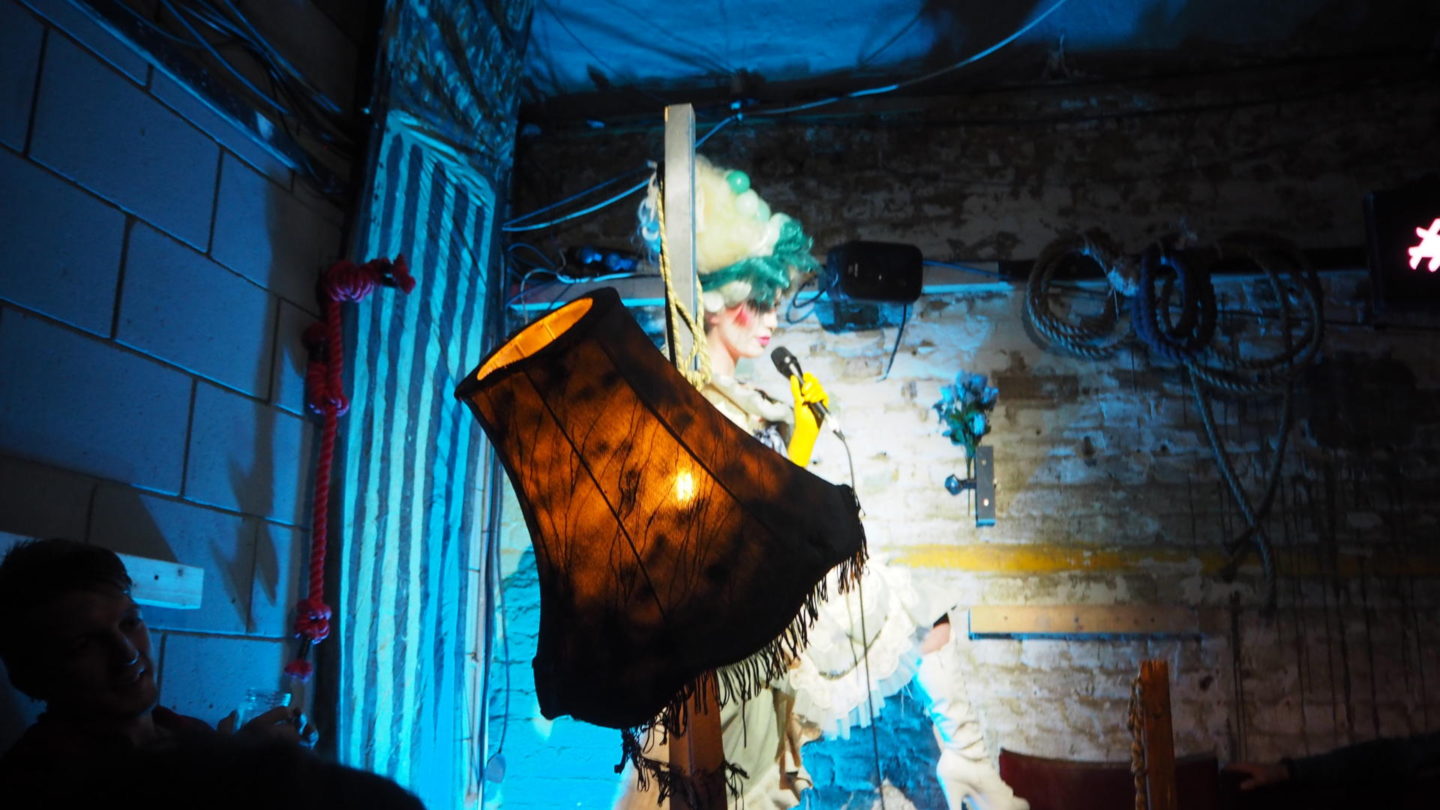 Starting with the large groups, we were called up to join the feast in the main room. Much like downstairs it was beautifully decorated. Although, being the opening night it was a little disorganised in the terms of seating. Rather than there being a set seating plan it seemed almost a free for all. However, having spoke to someone who went on one of the following nights these seemed to be merely a teething issue. Luckily, the cast members were extremely accommodating and before we could panic Mona and I were sat at one of the tables. 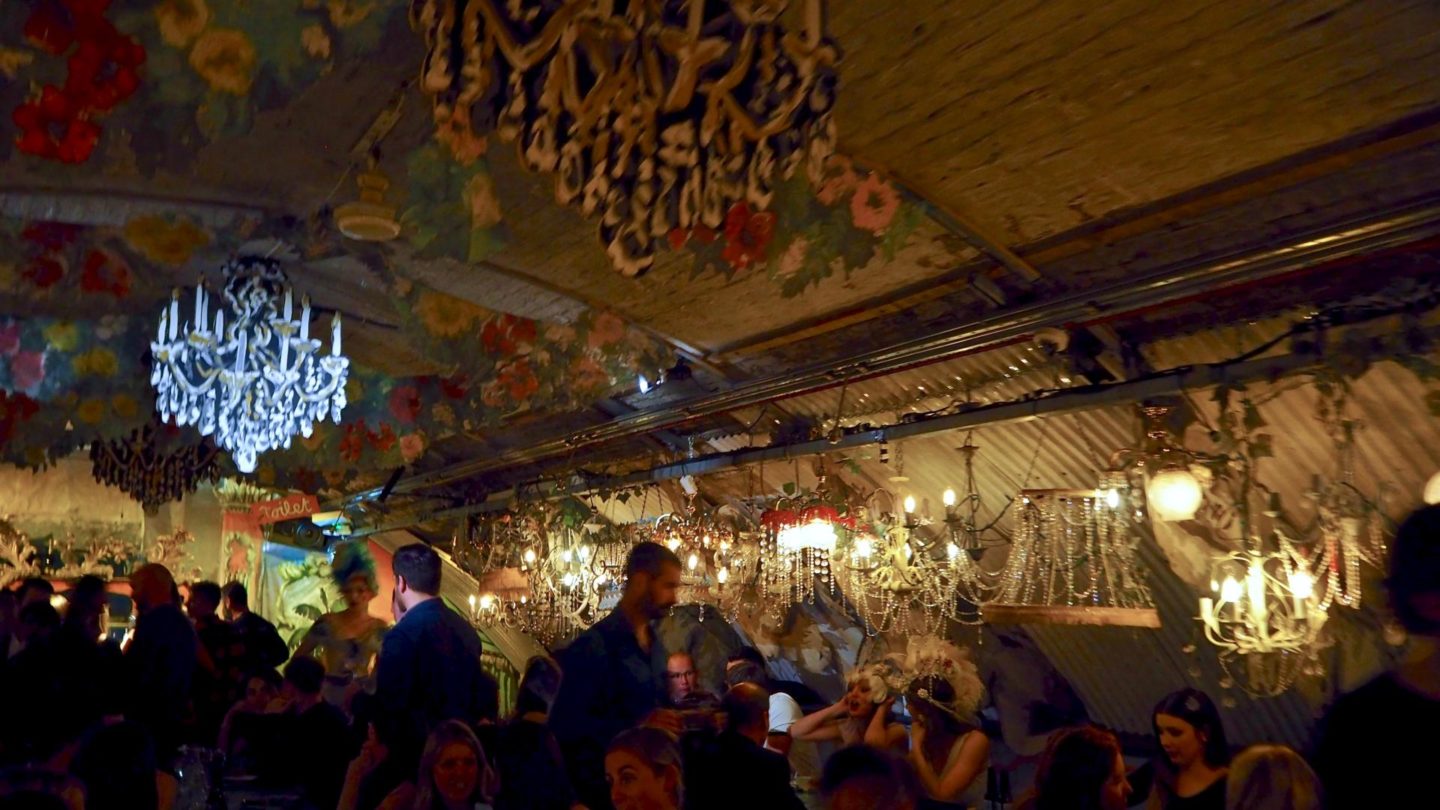 To start, blue cheese cakes where bought out. Each topped with all manner of fruit and nuts including fig. This was our first venture into the menu and it quickly became apparent the idea is to share with those around you. Unusual but enjoyable. Next up a plate piled high with venison sausages and various sides including peas, potatoes and a black bean stew were put on the table. I treated the stew as my main rather than the sausages as I’m not a huge meat eater and it was absolutely delicious. 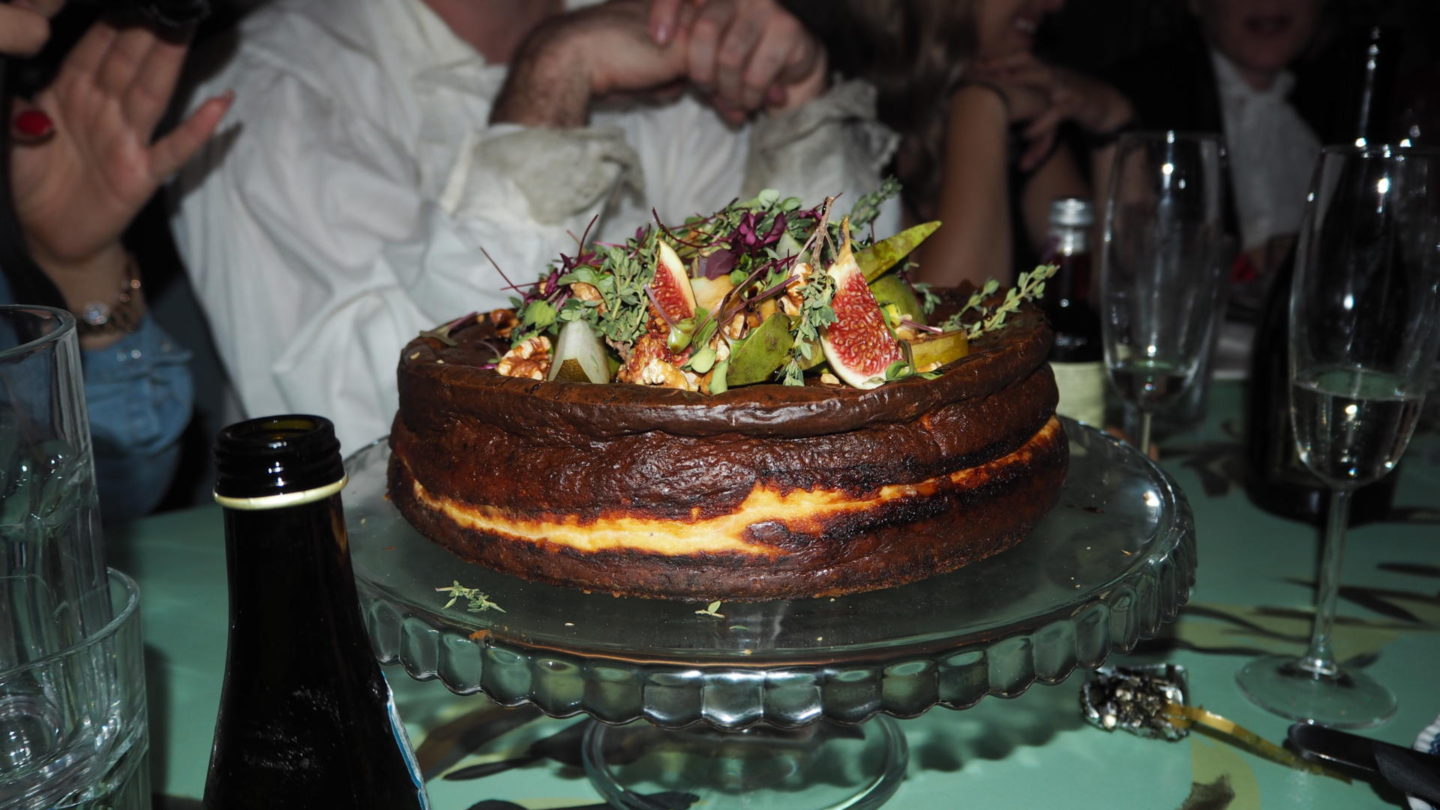 With the savoury portion done it was time for a little more action from the cast members before it was time for dessert. Tea cups filled with ginger jelly, a huge plate of ice cream and meringue mushrooms were brought to the table. For me, not being a huge fan of ginger flavours – I decided to stick to the ice cream and meringue. The meringues were just so quirky and delicious, I could have eaten them all day! 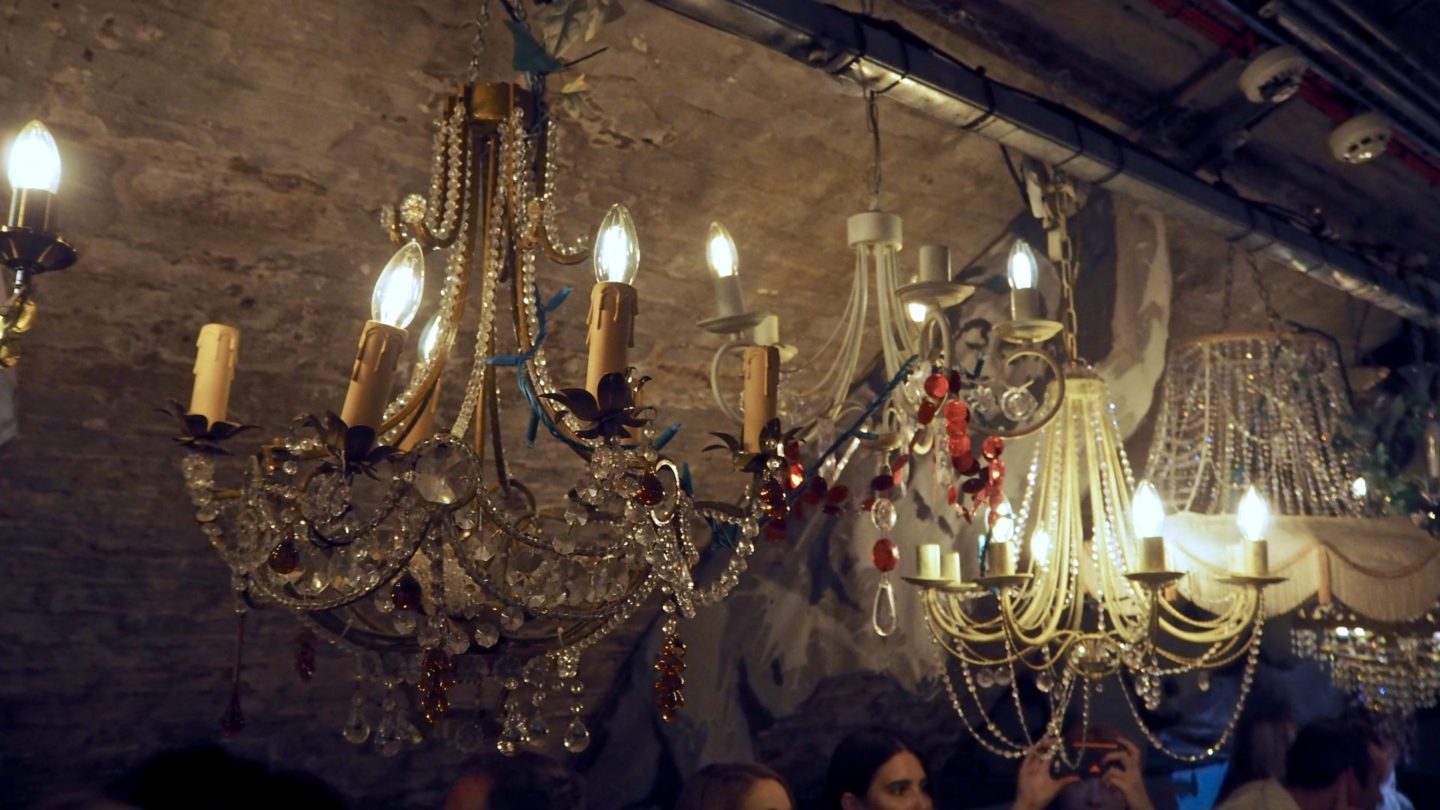 Finally, our dishes were cleared and it was time to wrap up the show. Again, I won’t spoil it for you – but most of us ended up getting so into it we were dancing on the tables… 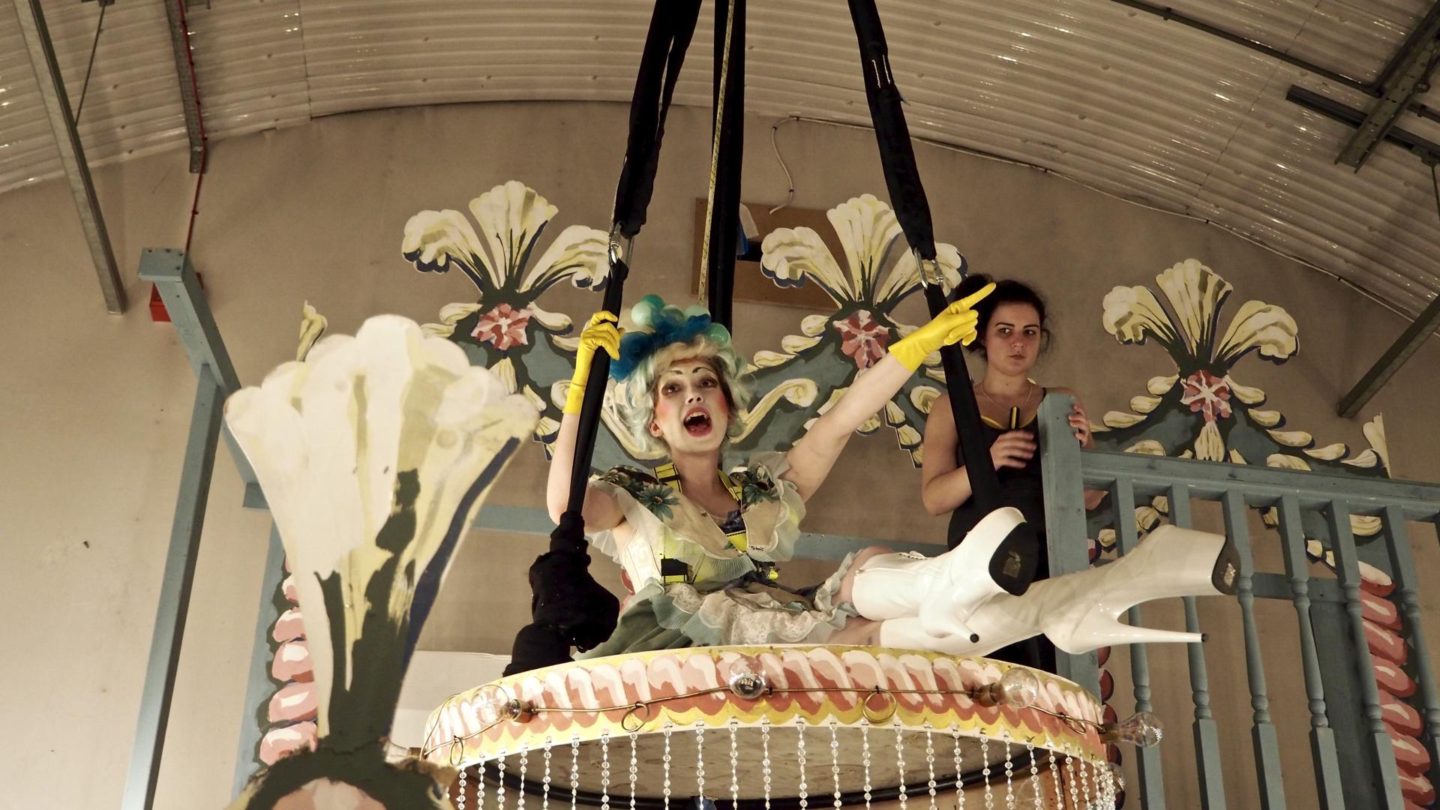 The Beauty And The Feast is at the Waterloo Vaults until the 14th of January and tickets start at £35. Definitely an unusual but great fun way to spend an evening!

Have you been to the Beauty And The Feast Yet? What did you think?