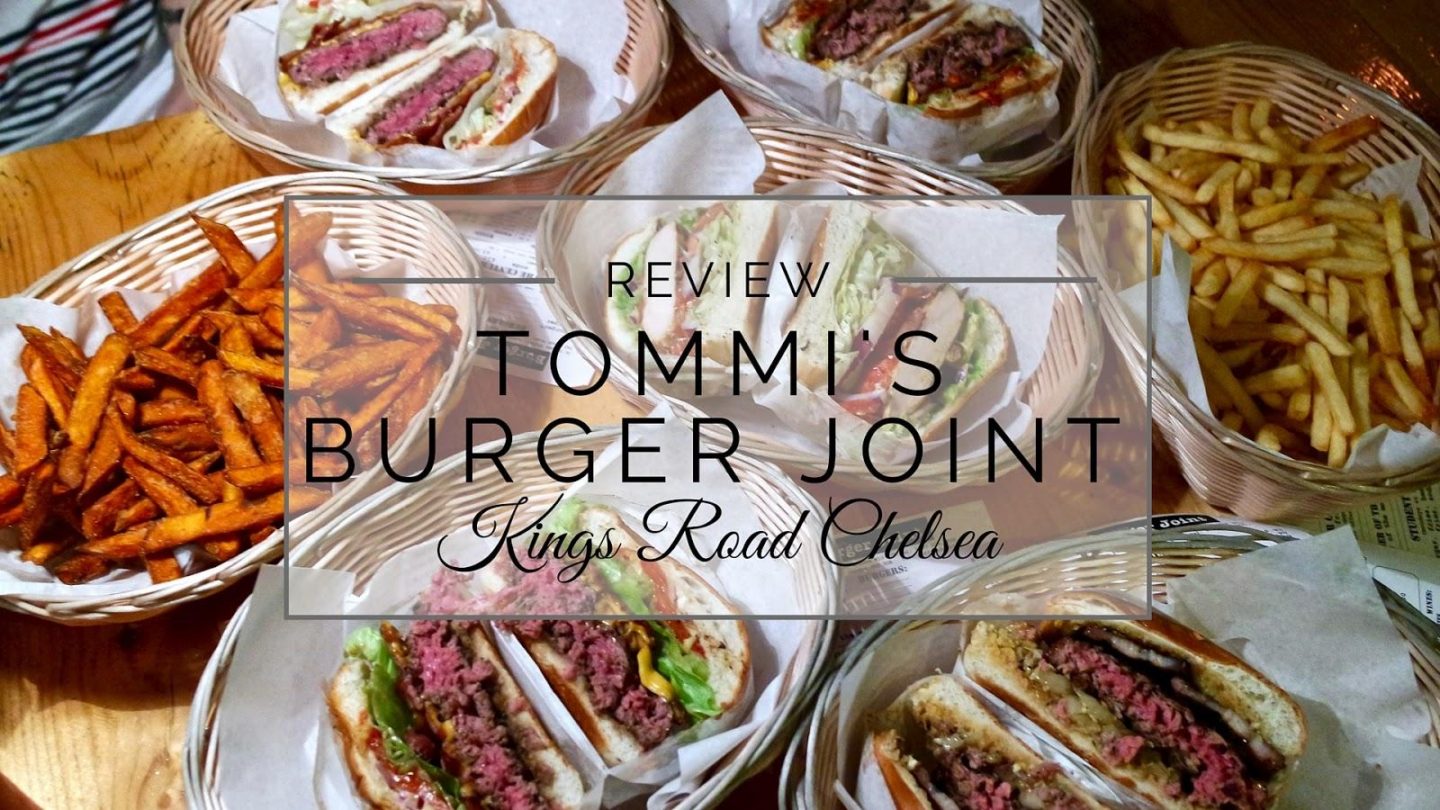 When it comes to being a little bit naughty, burgers are up there with my favourite cheat foods. Because of this, they’re also one of my fail safe orders when I try somewhere new, I mean you can’t go far wrong with a burger and fries! So after plans to indulge ourselves with a bloggers BBQ fell through; Jenny, Urika, Lauren and I decided to get our burger fix at Tommi’s Burger Joint on Kings Road, Chelsea instead. 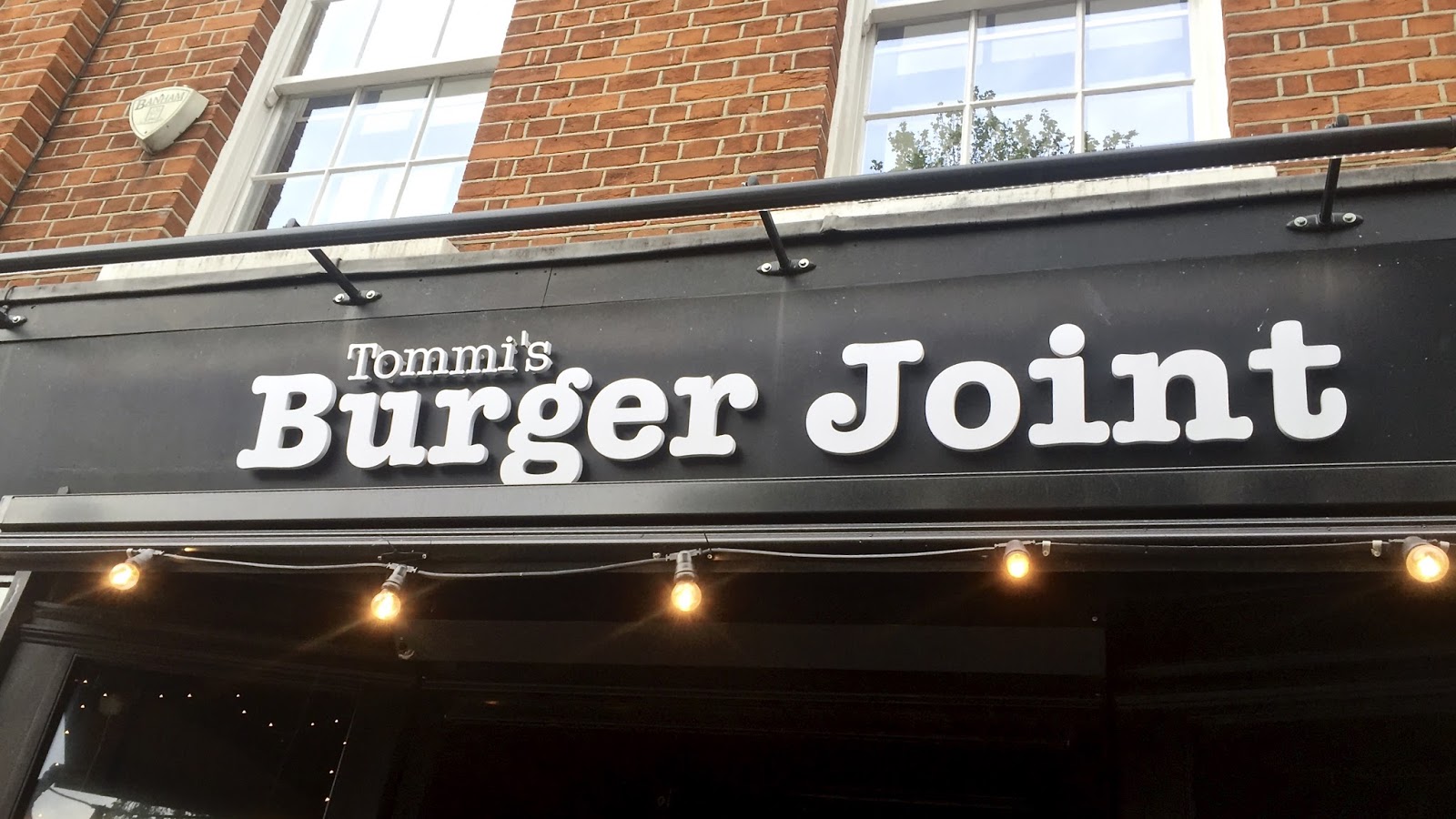 As the name may give away, the restaurant is the brainchild of Tomas Tomason, who opened the first burger joint in Geirsgata, Iceland in 2004. Since then, Tommi’s Burger Joint has opened a further five in Iceland, a branch in Copenhagen and another in Berlin; and of course two in London with a third opening soon. So, to grow that quickly the burgers have to be something special right?! 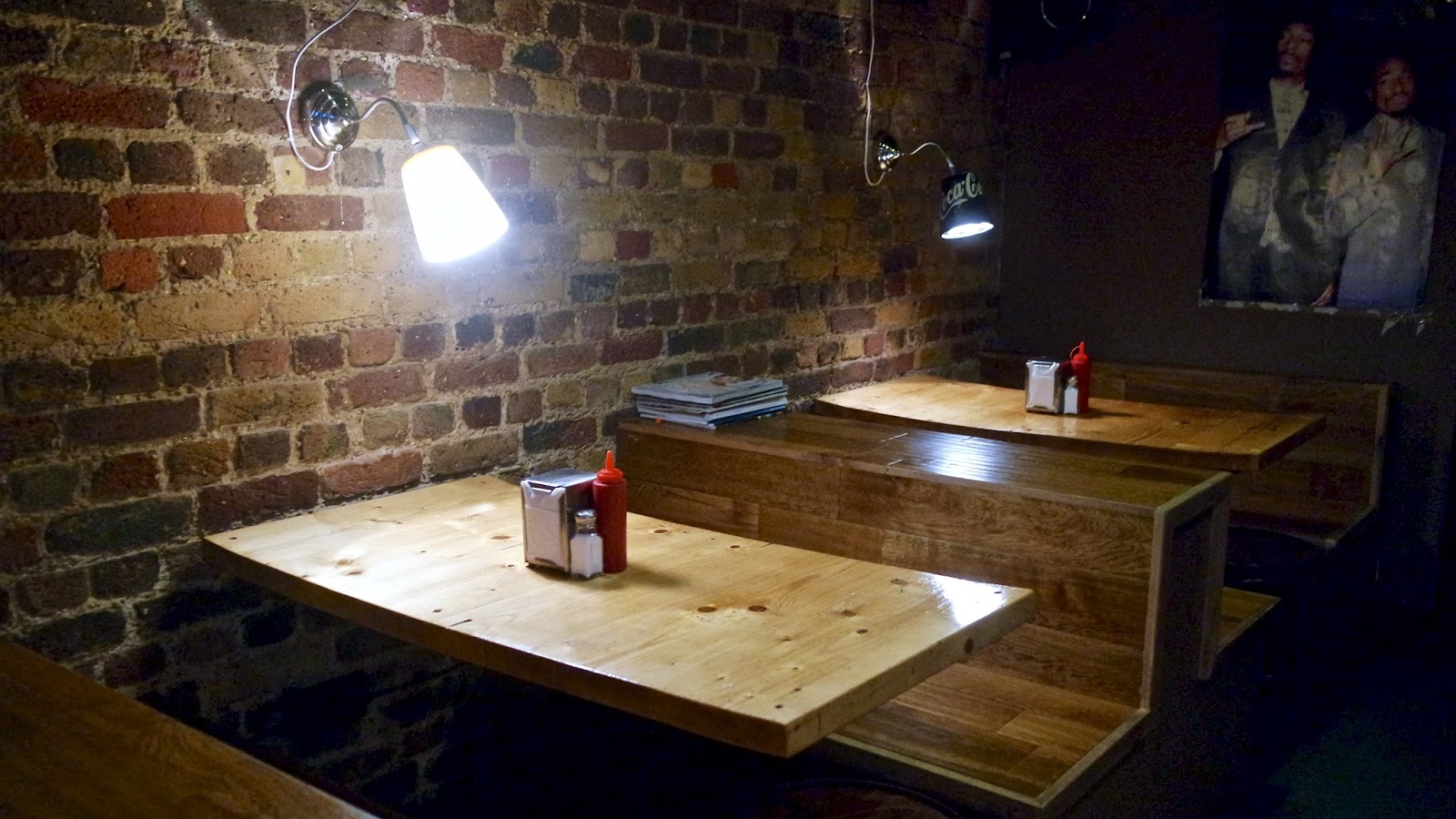 Burgers in the basement

The Kings Road venue is split across two floors, the majority of the seating being in the basement (along an arcade machine that Jenny got a little too into PacMan on..). We had a booth here which comfortably sat four, but for larger parties there is a selection of both larger tables down here and stools along the window ledges upstairs. The venues décor is more reminiscent of a cool East London joint than somewhere nestled alongside Bluebird and boutiques but that’s part of it’s charm. 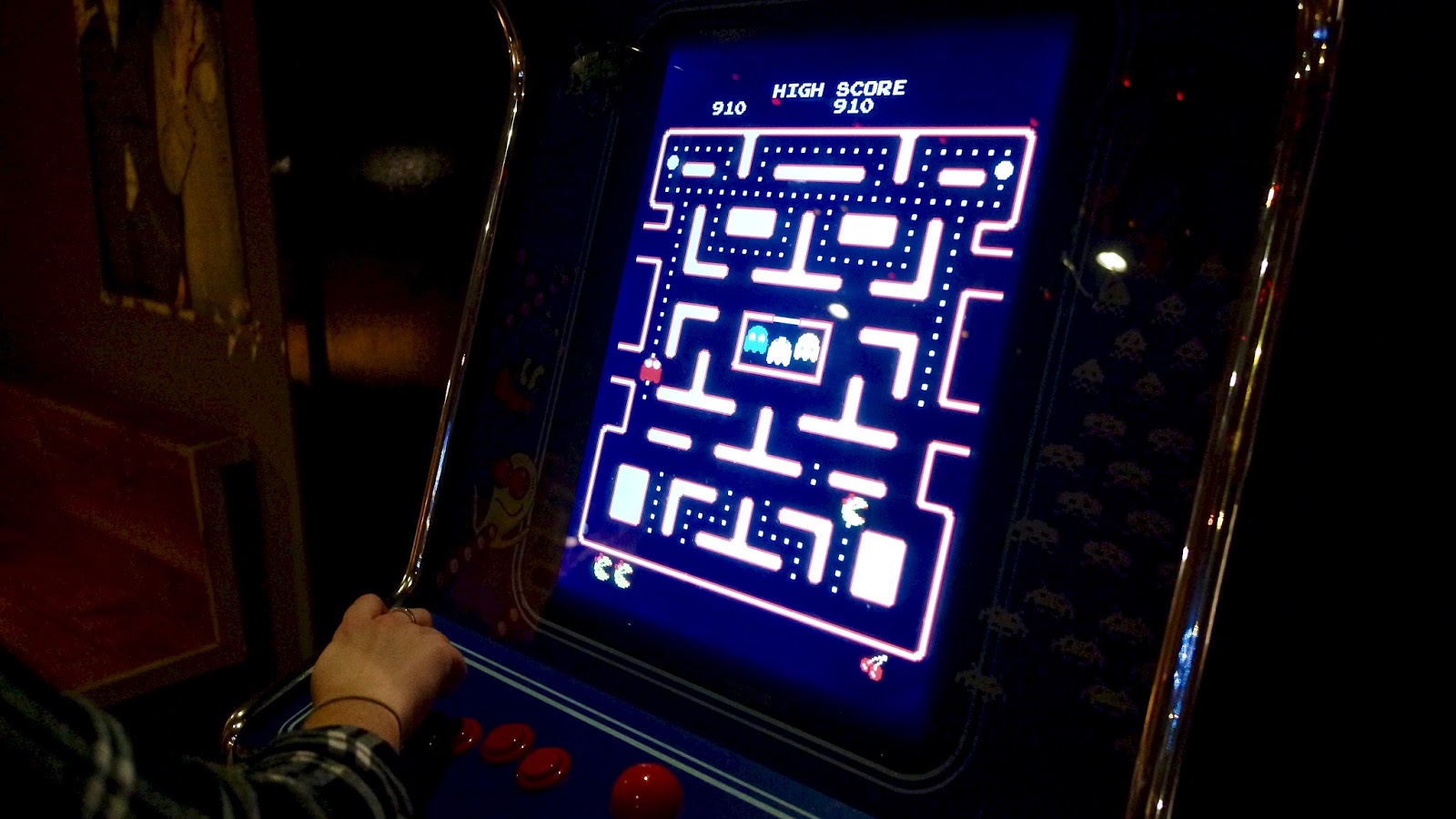 The menu takes up an A5 sheet and consists of fries, shakes and five types of burger including a themed monthly special – May’s is Pan-Asian. A small menu, but I find this often means everything is done to perfection. I was the first to arrive so while I waited for the other girls, I had a look at the drinks on offer.

Sadly a shake was out the question as their ice cream was stuck in customs (it’s shipped over from Iceland) so I was just about to predictably order a glass of house white when the waitress suggested an Icelandic Beer, Einstok White. I’m not normally a big beer drinker, but this white ale was smooth, light and refreshing and an ideal companion to the burgers. 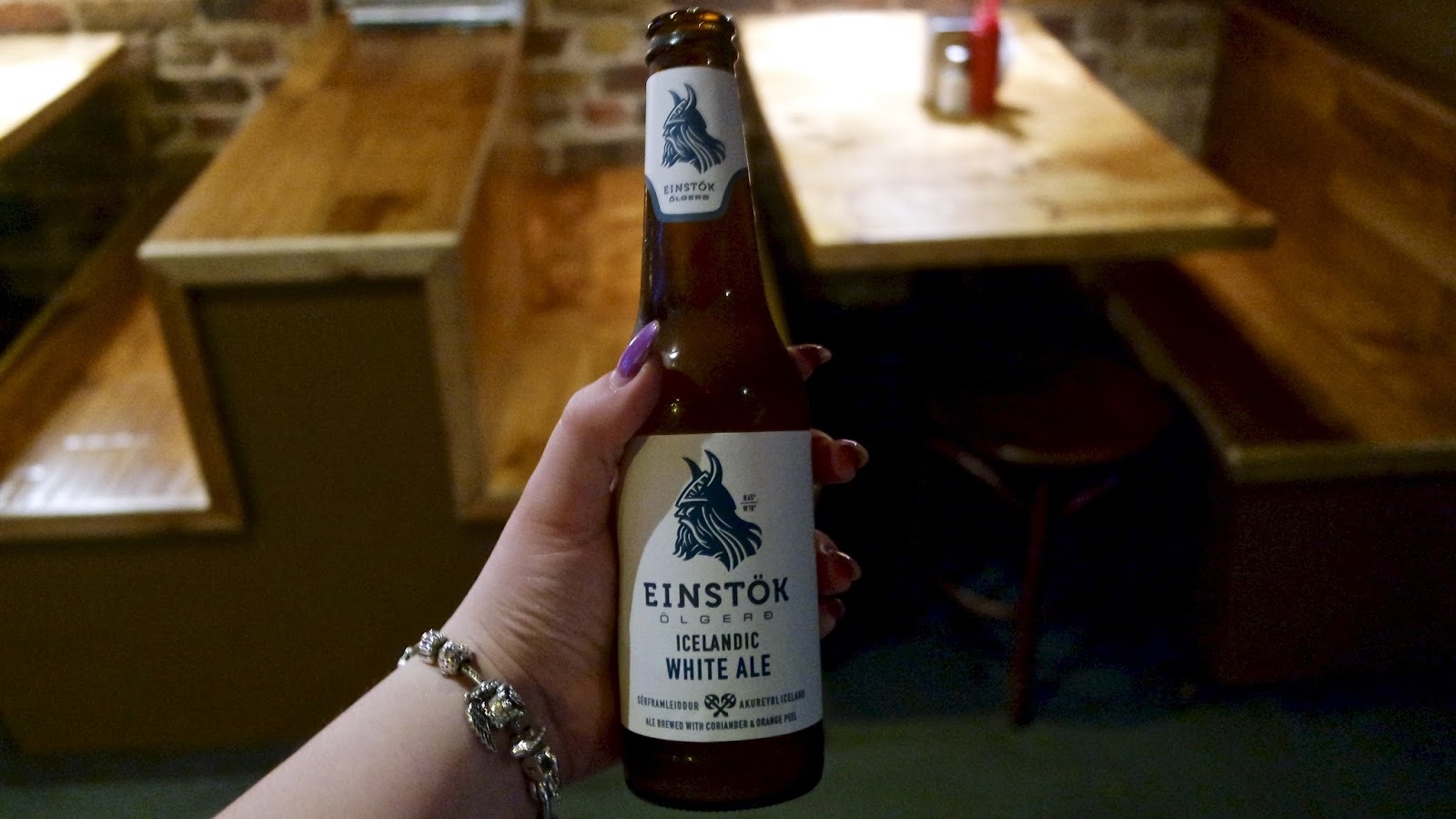 Once the girls arrived and we’d all caught up we got back to looking at the menu. While we were trying to decide which burgers we wanted, or more so with what toppings, the lovely lady looking after our table suggested that she could make us up a sharing platter so we could try them all along with a large portion of both fries and sweet potato fries. Result! 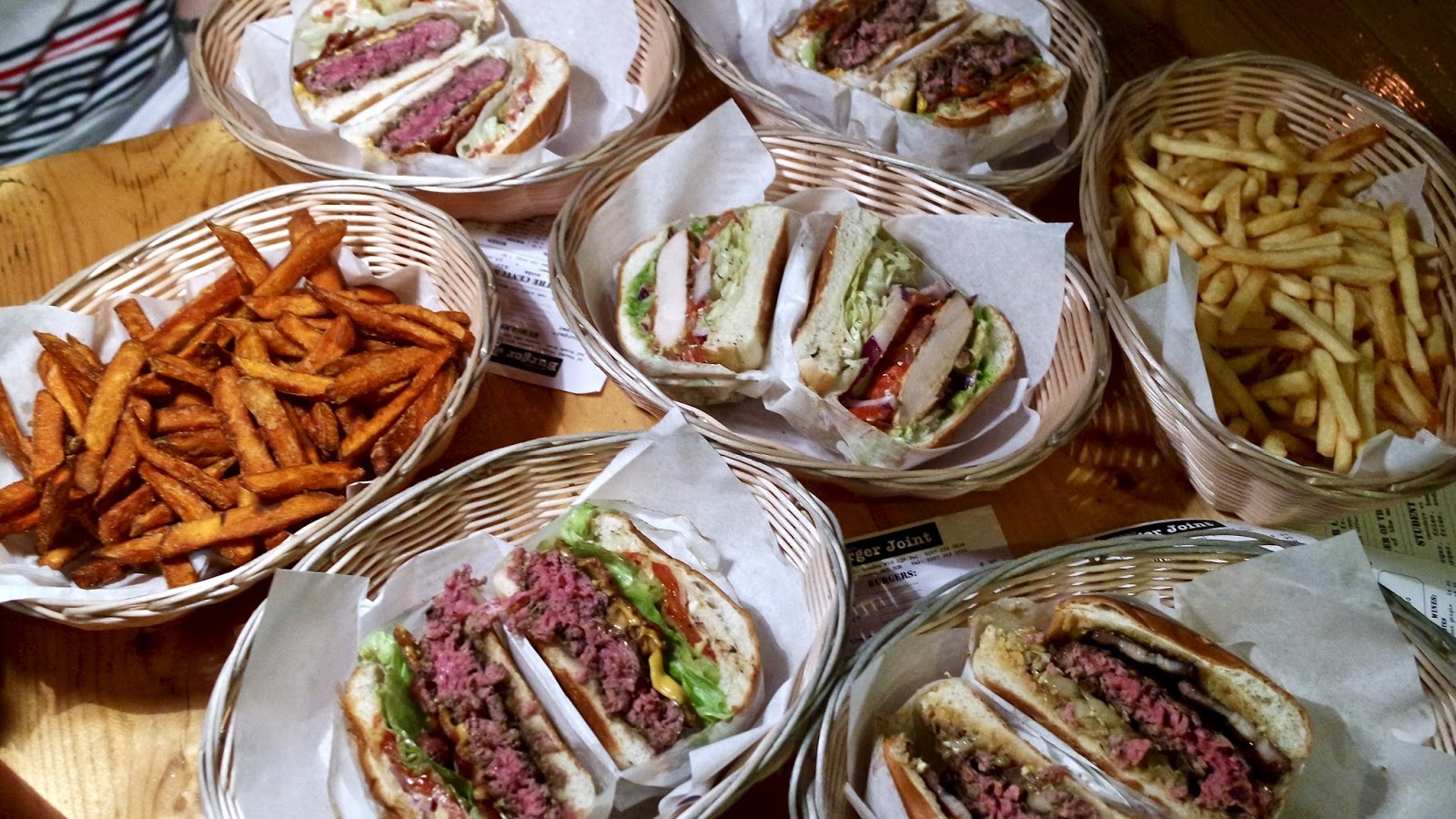 First up, the beef burgers; This month’s special, Pan-Asian is a beef patty topped with galbi marinated pork belly, Japanese spices, grilled Chinese cabbage and hot sauce. Some of the girls found this a little spicy for their tastes, but as a self-confessed spice fiend I thought it was fantastic. Who’d of thought cabbage in a burger could taste so good.. 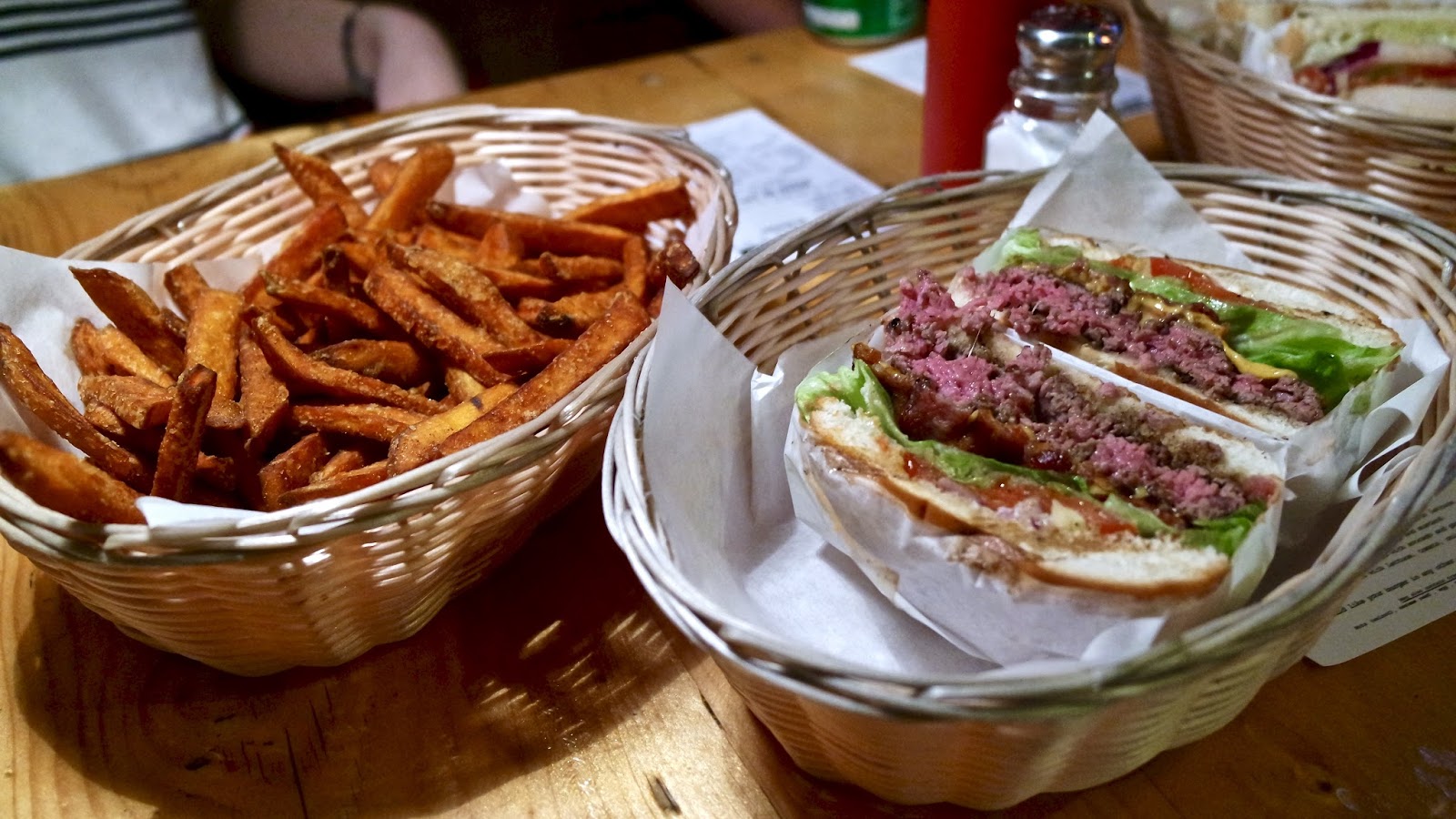 Alongside this, we had the standard burger with cheese and bacon (being an extra 75p and £1.25 to add respectively). For me, it was one of the best I’ve had in a long time. You could taste the quality and a little birdy tells me they’re supplied by the highly commended HG Walter in Barons Court. Talking of meat, the steak burger is made with cuts of rib-eye, rump and fillet. To keep the flavour is less finely ground, so well worth the extra two pound in my opinion.

All beef burgers, unless you ask otherwise, are cooked medium and served with lettuce, tomato, red onion, mayo, ketchup and mustard. For me this was fine. However, if you have an aversion to pink beef (or any of the mentioned veg or condiments!) then tell them when you order. Although for most I found medium to be spot on I would have wanted the steak burger well done due to it being a thicker texture than the standard beef patty. 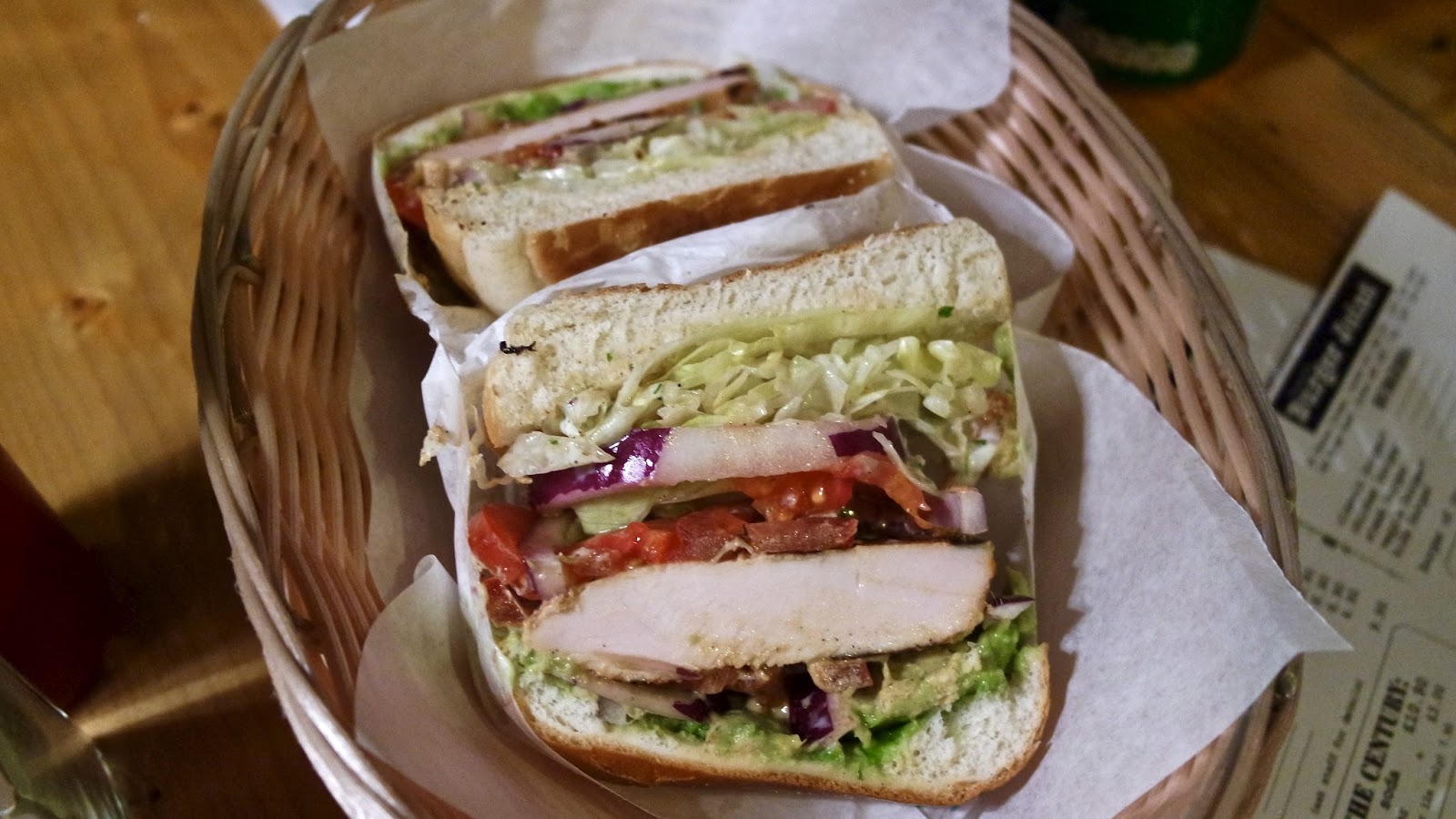 Next up was the chicken burger, a classic combination of grilled chicken breast and avocado. Although it was maybe not what you’d call a “healthy” option is was certainly lighter than others on the menu. In my mind, it would be ideal for lunch. Now, I’d love to say that I’ll give you my opinion on the veggie burger. However, Lauren said what we were all thinking and when ordering blurted out “but no veggie burgers please!“. A little bit of research tells me it’s a spicy bean patty topped with the standard condiments and sweet chilli sauce.

The fries are tasty and done to perfection, I could quite happily have eaten the sweet potato fries all day. However, let’s be honest here, the burgers are the stars of the show…

Burgers start at £6.90 each. However, the “Offer Of The Century” means you can grab a burger, fries and soda for £10.90. In my opinion, it’s fantastic value for money. So because of this, I can see myself making a return trip again very soon. I mean, what better way to spend a Saturday afternoon than a casual lunch with friends over burgers and beers?!

Tommi’s Burger Joint currently has two London branches. This one at 342 Kings Road in Chelsea and another at 30 Thayer Street in Marylebone. The third branch in Soho is opening soon.

*We were given a complimentary meal by Tommi’s Burger Joint in exchange for a review. But as always all opinions are my own.