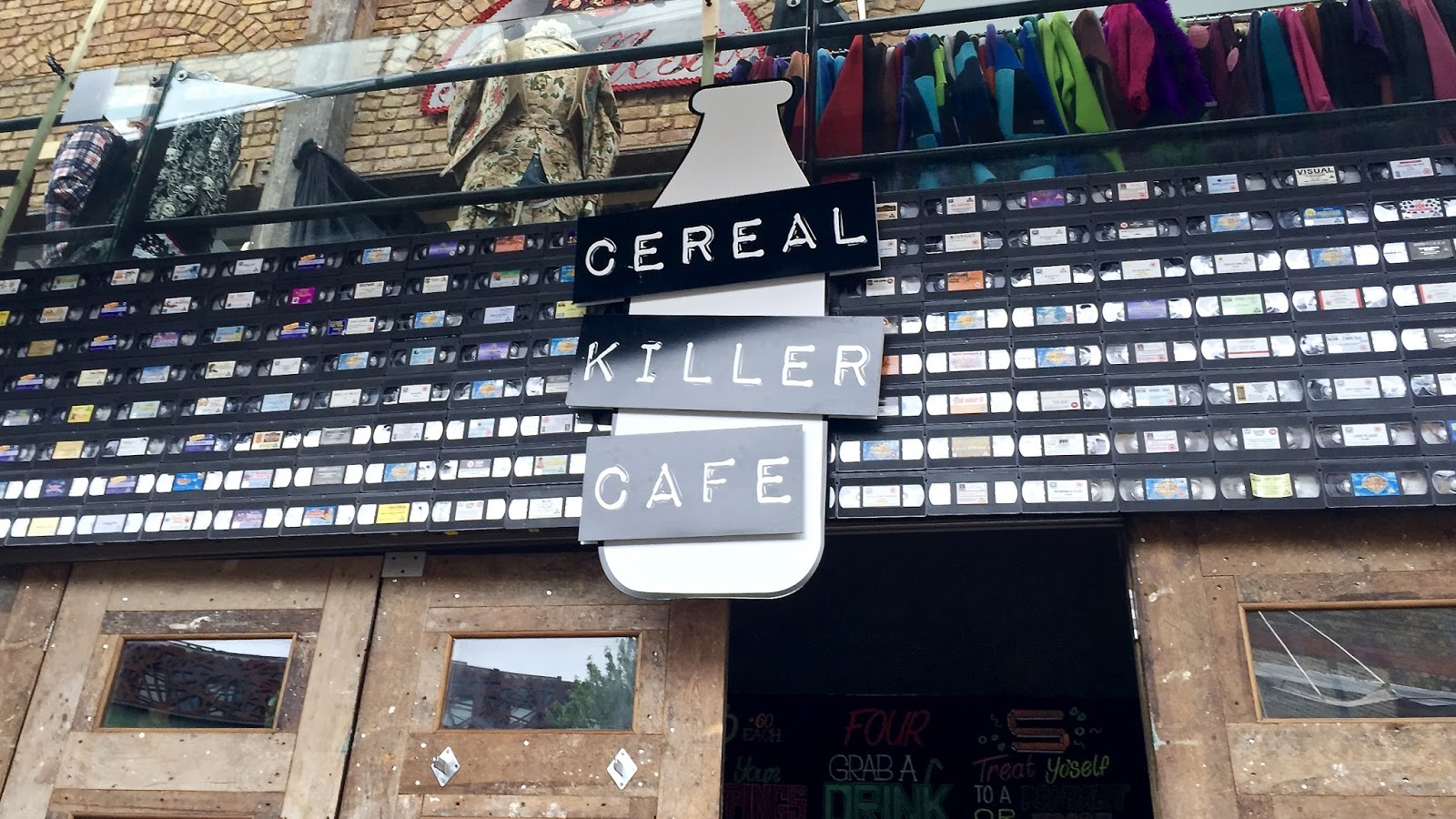 When Cereal Killer Cafe first opened on Brick Lane in 2014 it’s safe to say it got a lot of flack in the press. Hipster jokes were made and the owners, twins Alan and Gary Keer, came under fire for charging £4 for a bowl of cereal even though their concept is a little more complicated than that. Despite this initial blip, Cereal Killer Cafe has gone from strength to strength and last year the twins opened a second, much larger branch in Camden Lock Market. Although I’ve popped into the Brick Lane branch before, I didn’t get to stop for more than a coffee and a look at some of the kistch memorabilia. However, with Camden being my normal Sunday haunt when a friend visits and we want to ease our fuzzy heads with some street food, it was only a matter of time before I found myself stopping by for one of their Cereal Cocktails. 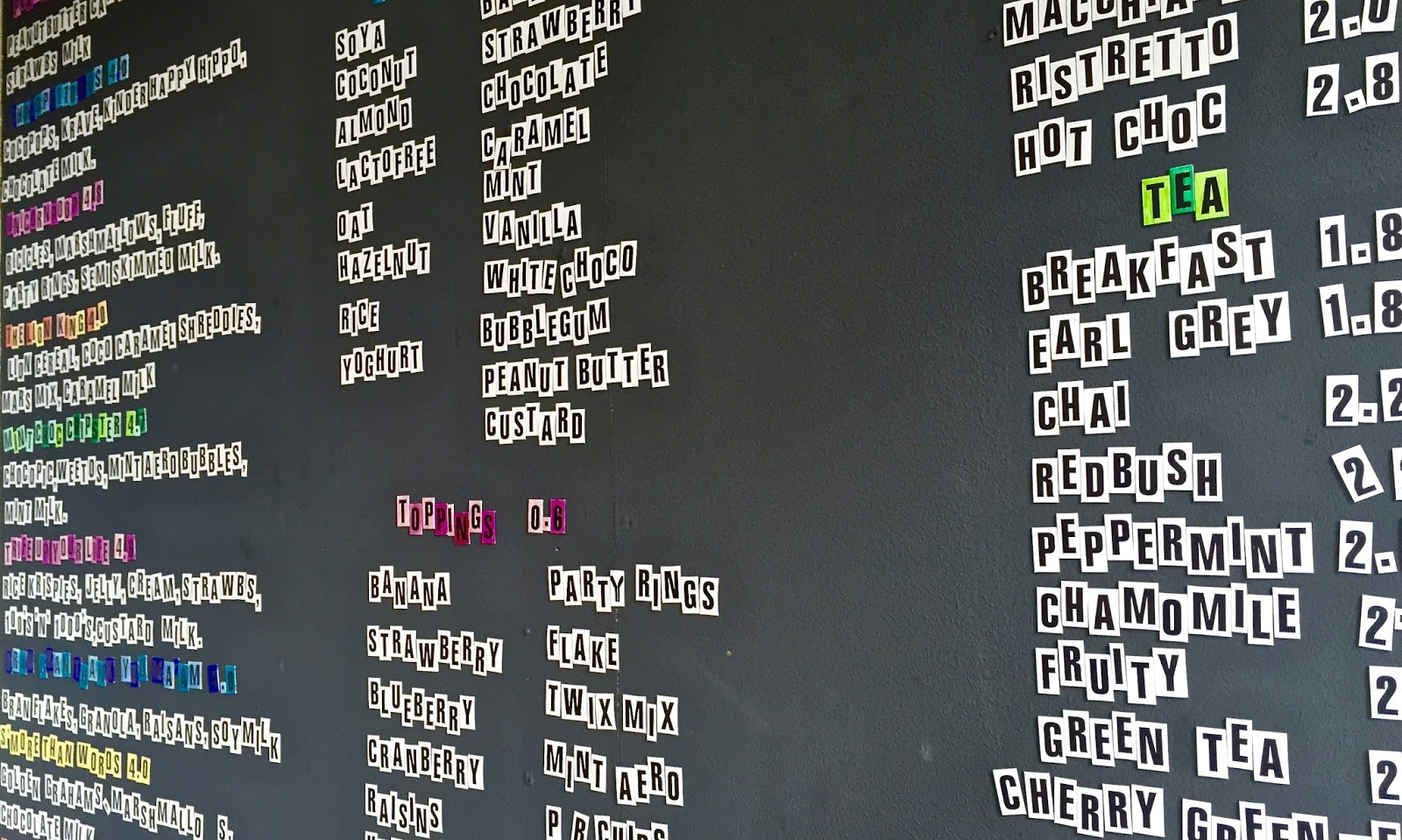 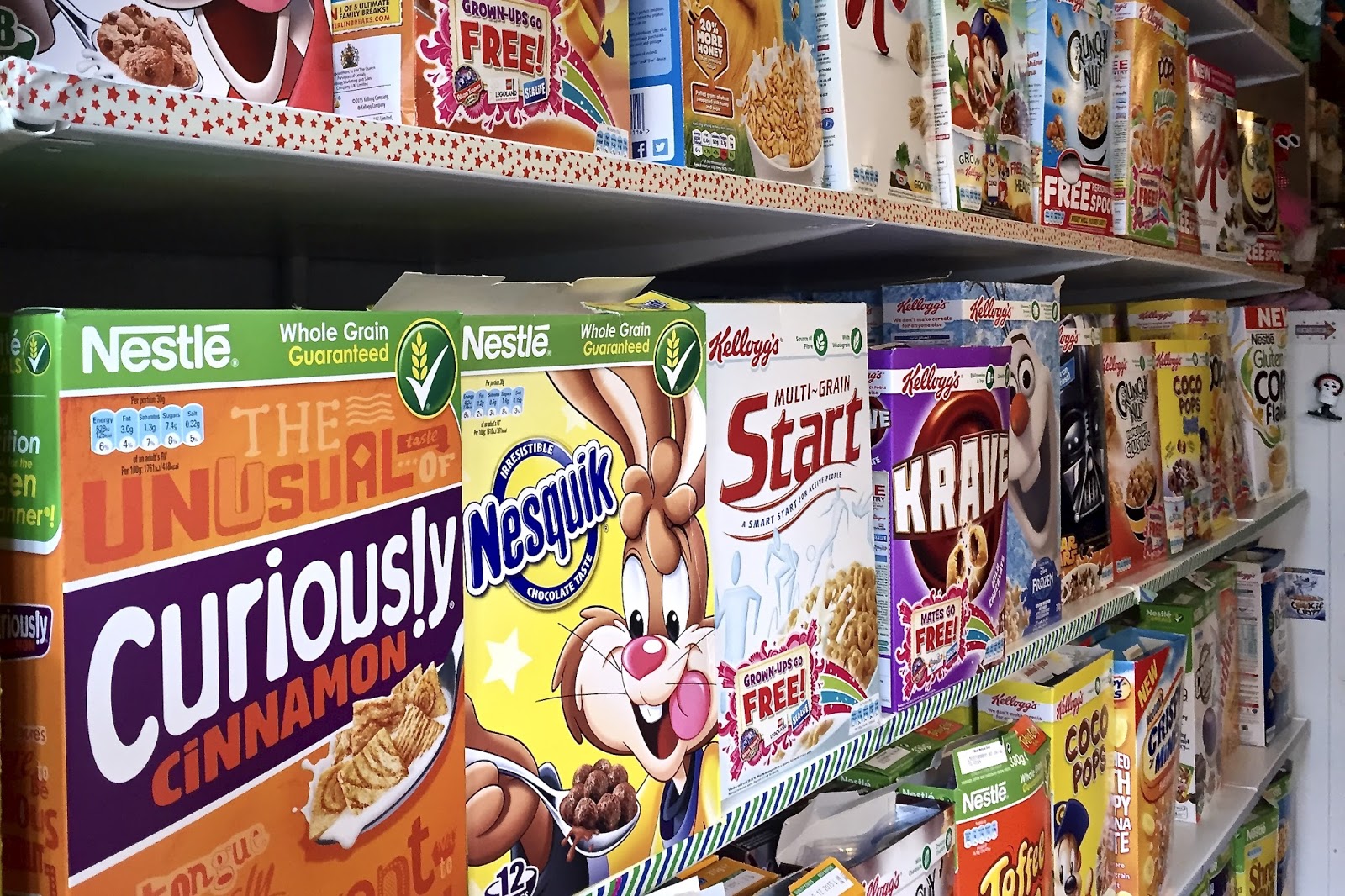 The menu comprises of 120 types of cereal, 30 types of milk and 20 different toppings. Although you can pick your own perfect combination, Cereal Killers also has over 20 different “Cereal Cocktails” all with clever and kitsch names. Unsurprisingly though, I went for Unicorn Poop; a combination of Ricicles, Party Rings, Marshmallows, 100s & 1000s and Marshmallow Fluff (and I added strawberries to try and make it a tiny bit healthier..). The Milk is served to the side along with a rather instagramable paper straw so you can add as little or as much as you’d like. 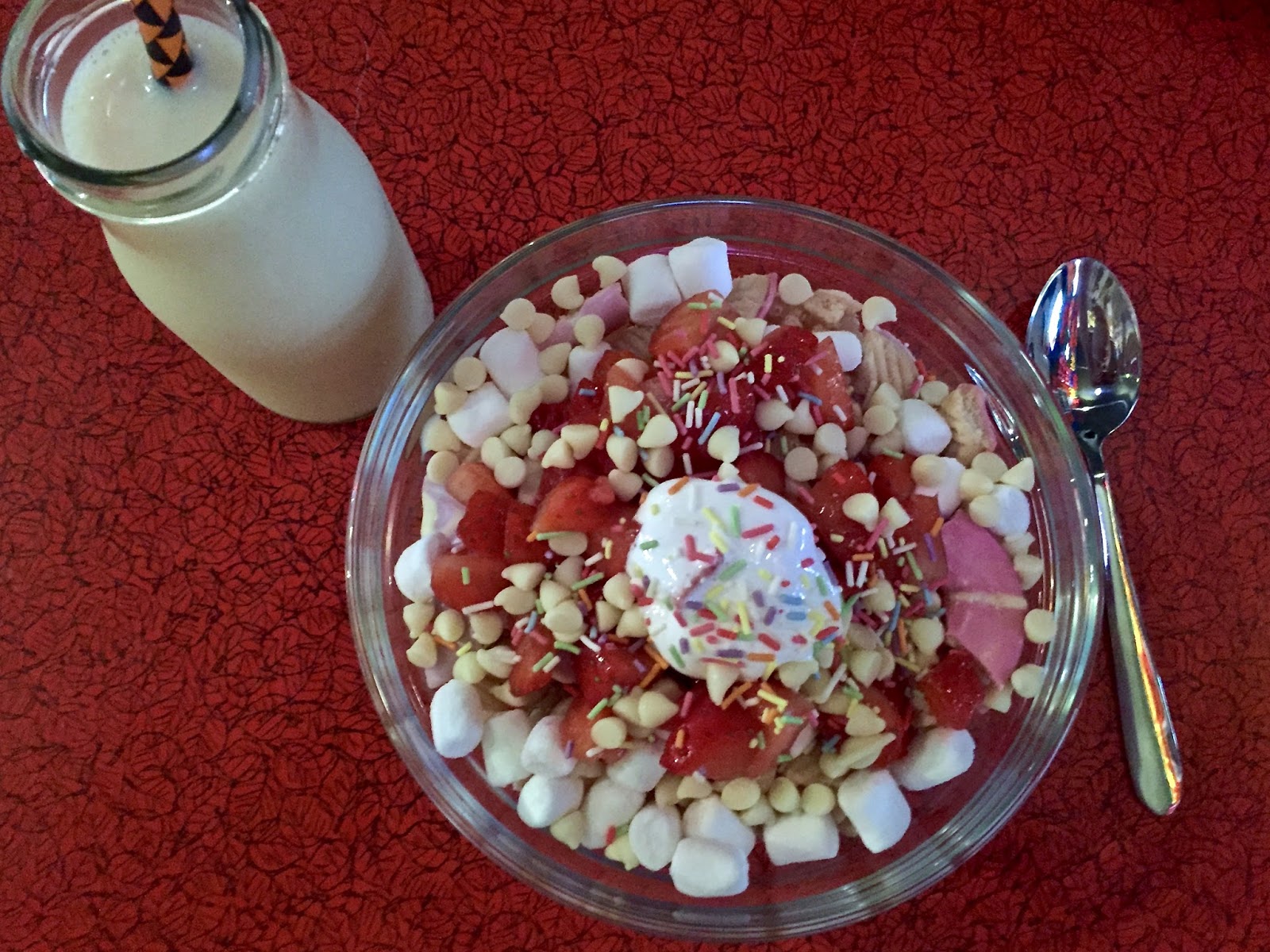 When you take your cereal into the back to eat, it’s split into two sections divided by multi coloured milk crates with TVs inset. Each TV set is playing a loop of 80’s and 90’s cartoons, I managed to catch some Sabrina The Teenage Witch, Kenan & Kel and Dexters Laboratory; but I’m sure there’s many more on the rota, I was only a bit sad I couldn’t really hear them! 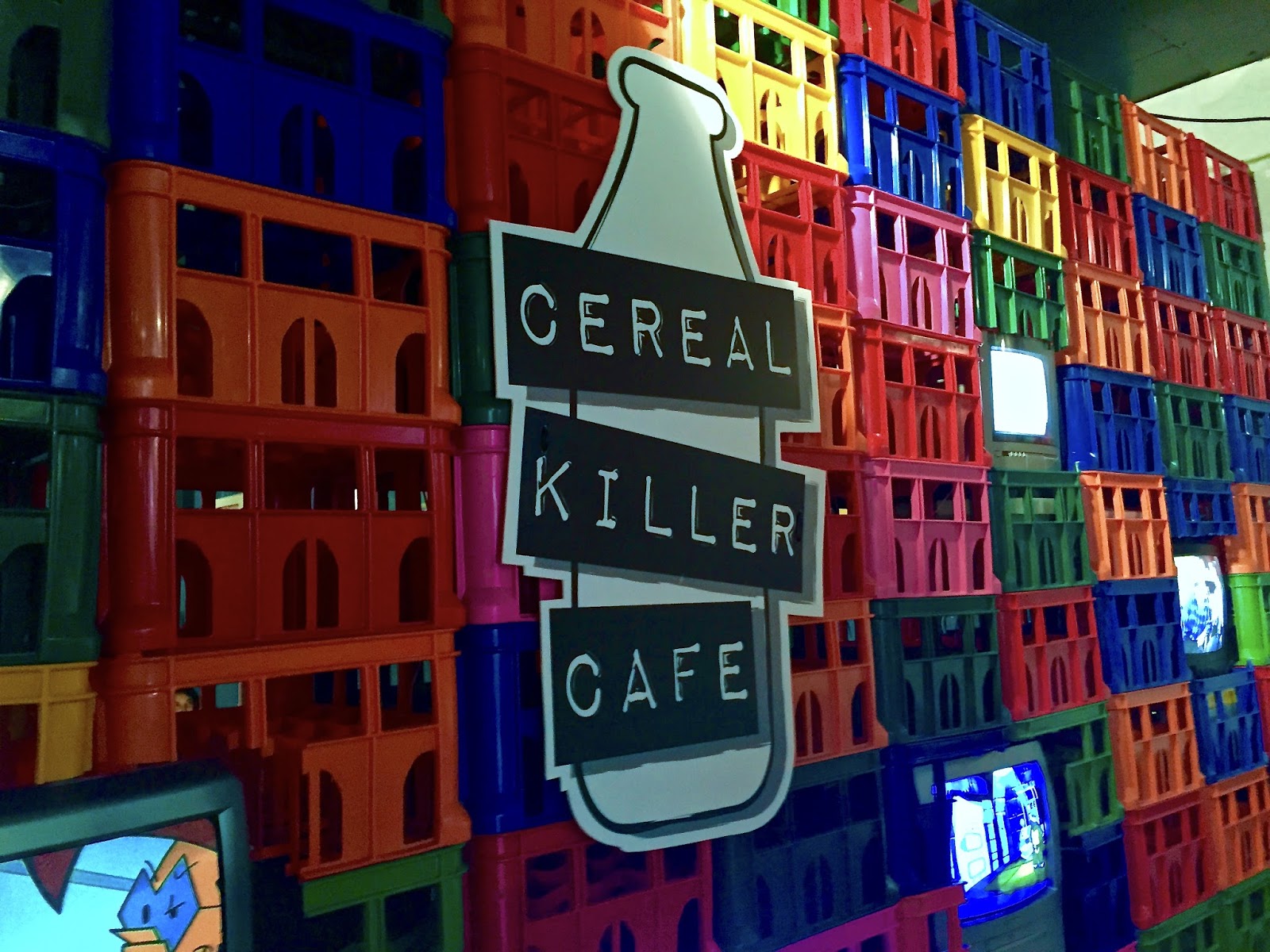 Behind the crates there’s more memorabilia (including a singing fish), portraits of various villains made out of cereals, more “canteen” style tables and along one side a row of four single beds all with cartoon character sheets. 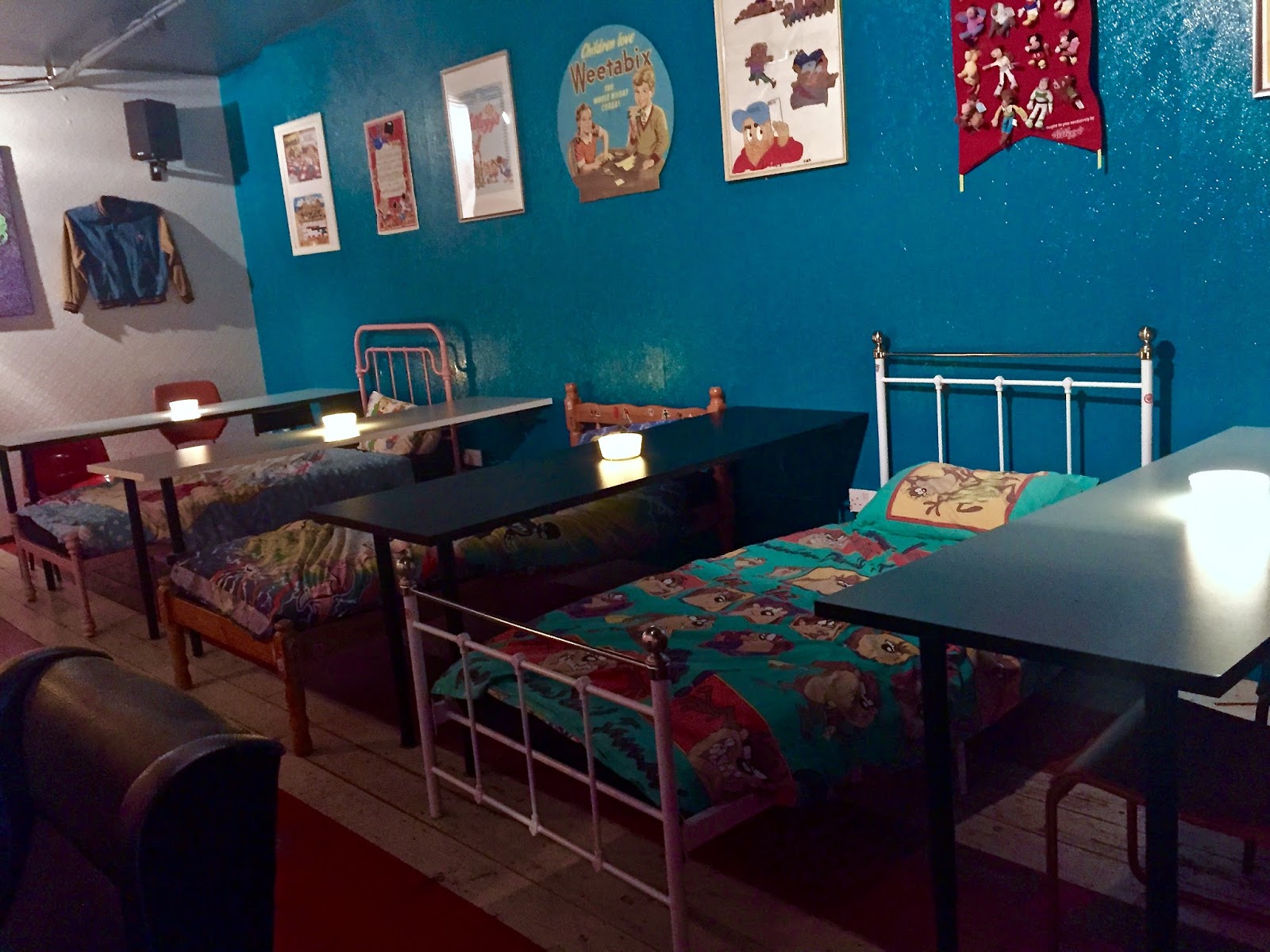 We took our seats on one of the beds and even though we were on a slight sugar rush from the cereal cocktails couldn’t resist following up with one of the “Stacked Hot Chocolates”. Although all four flavours (Original, Nutella, Salted Caramel & Peanut Butter) sounded equally tempting, I settled on the Nutella one which was incredible. 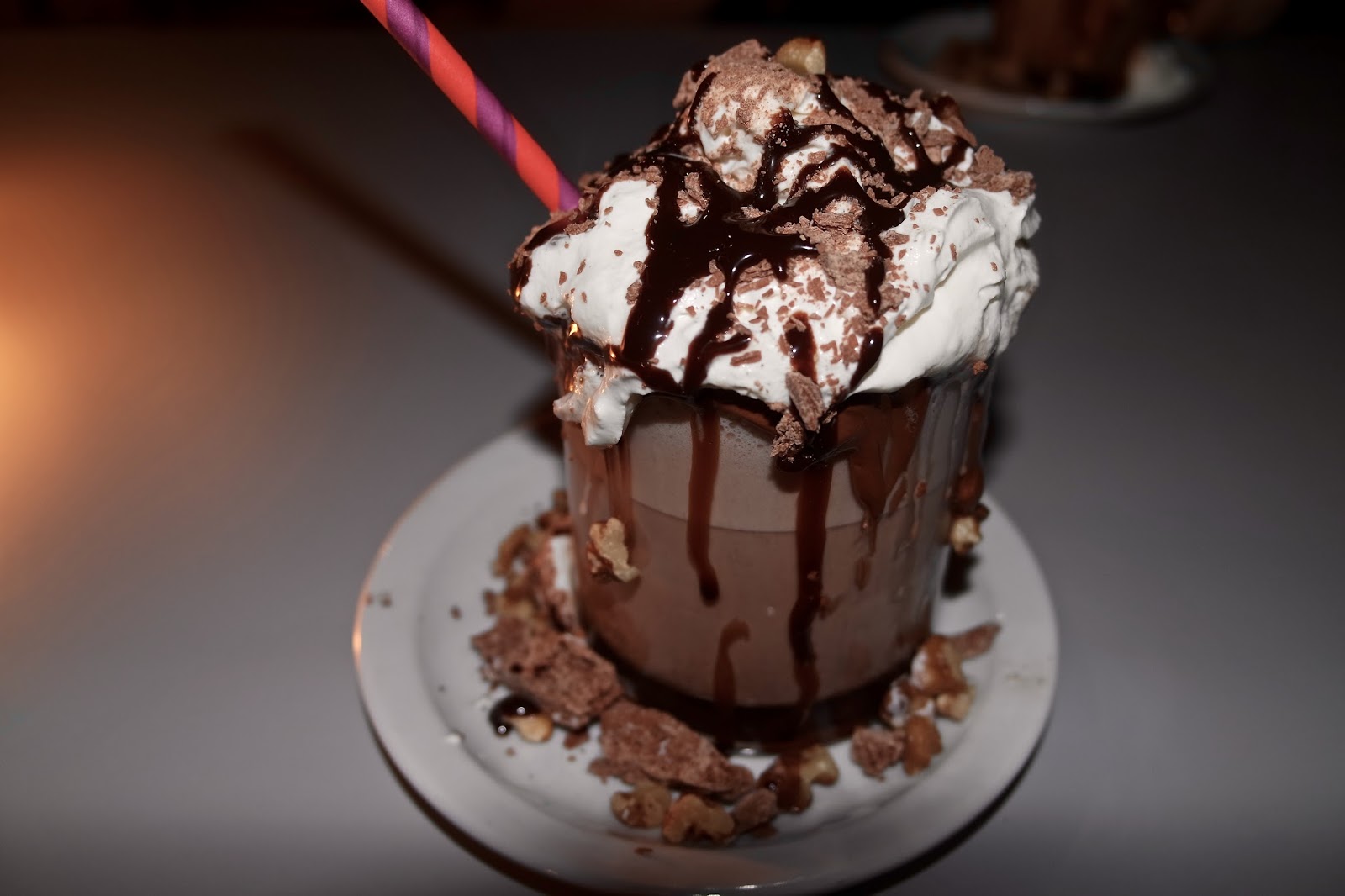 If you’re looking for somewhere to indulge your sweet tooth or embrace your inner child, I really do recommend a trip to the Cereal Killer Cafe.

Have you been to Cereal Killer Cafe before? What did you think?