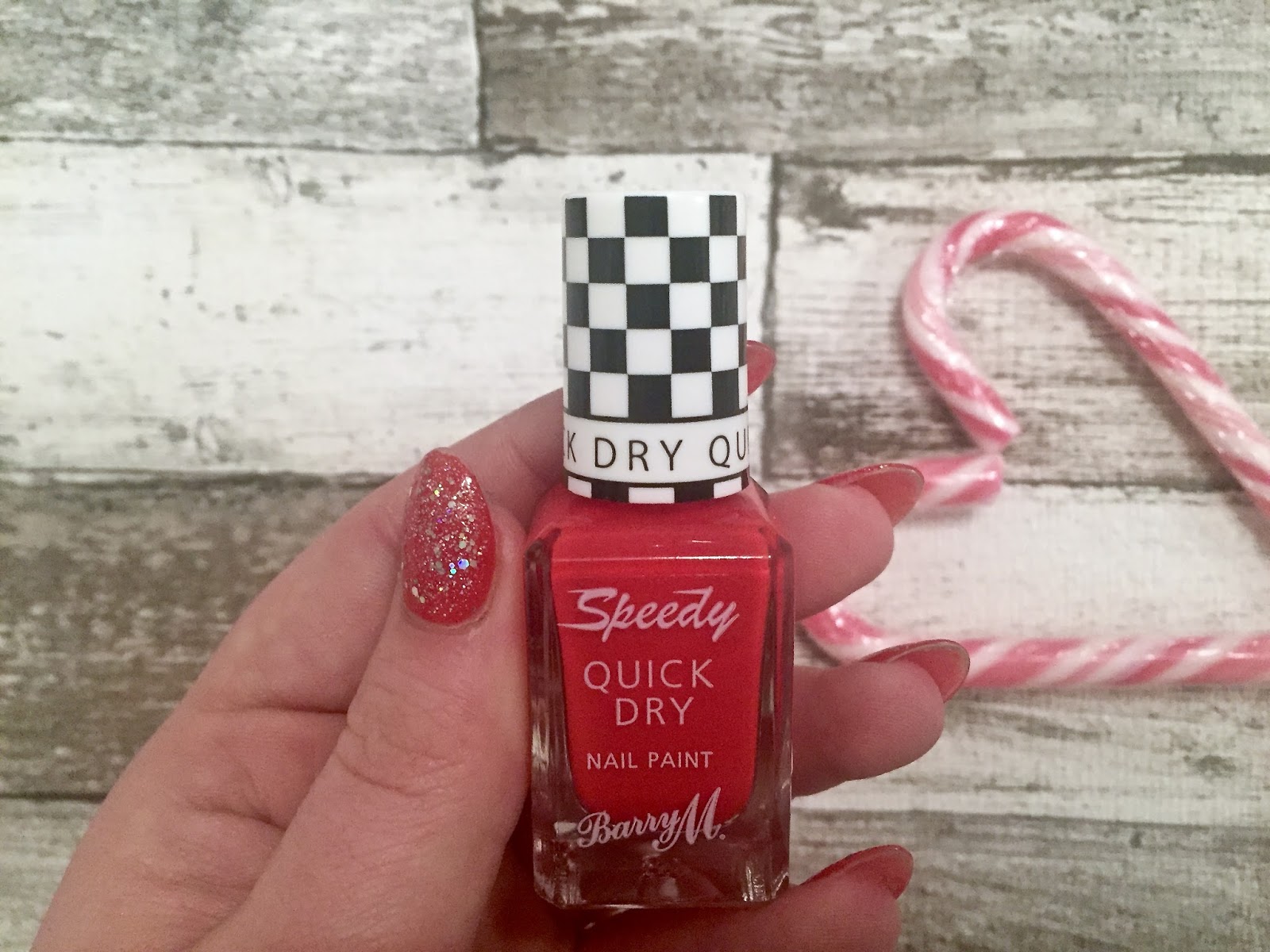 When I was a teenager, I had a lot of Barry M makeup. Between the ages of 13 and 16 I had nearly all the dazzle dusts (because glitter!) and the nail paints, despite having zero coordination when it comes to actually doing my nails. All these years on, said collection of nail varnishes has long since dried up and gone and I hadn’t picked up a Barry M nail varnish or dazzle dust since. It’s not that there was a particular reason that halted this obsession, more that I stopped wearing nail colours and I’d been grounded one too many times over spilling glitter over the carpet. However, I was browsing in Boots trying to find something a little bit more festive than my normal pink talons and spotted a two for £6.00 on Barry M nail polishes and thought I’d give them a shot. I picked up Speedy Quick Dry in Dead Heat and Glitter Nail Paint in Diamond Glitter. 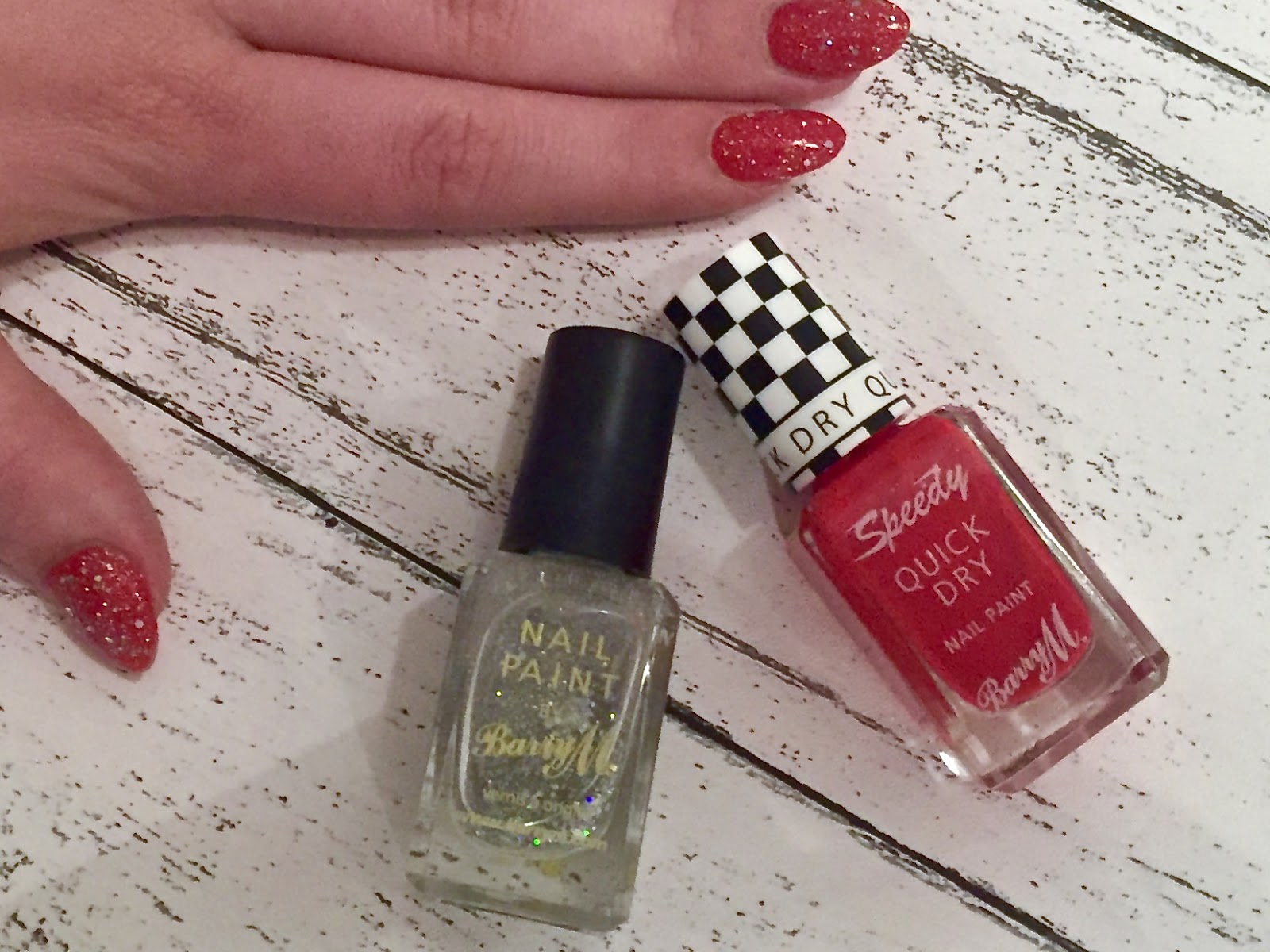 In my opinion, Barry M has really stepped up it’s game over the last year or so. The Quick Dry Polish, originally released in January this year, are an absolute dream. They do exactly what they say on the tin and unlike my previous “dry fast” experiences, one week in I haven’t had any chips. Which, when you’re going for a bold colour like red is super important. The glitter top coat is nothing to write home about, but then other than when the “nail effect” top coats were released a few years back, was a top coat ever? It just does the job and is handy to refresh your nails in between paints. These may have been my first Barry M buys in a while, but they certainly won’t be my last. I look forward to trying some of their other new offerings that include various palettes and sleekly designed lipstick. 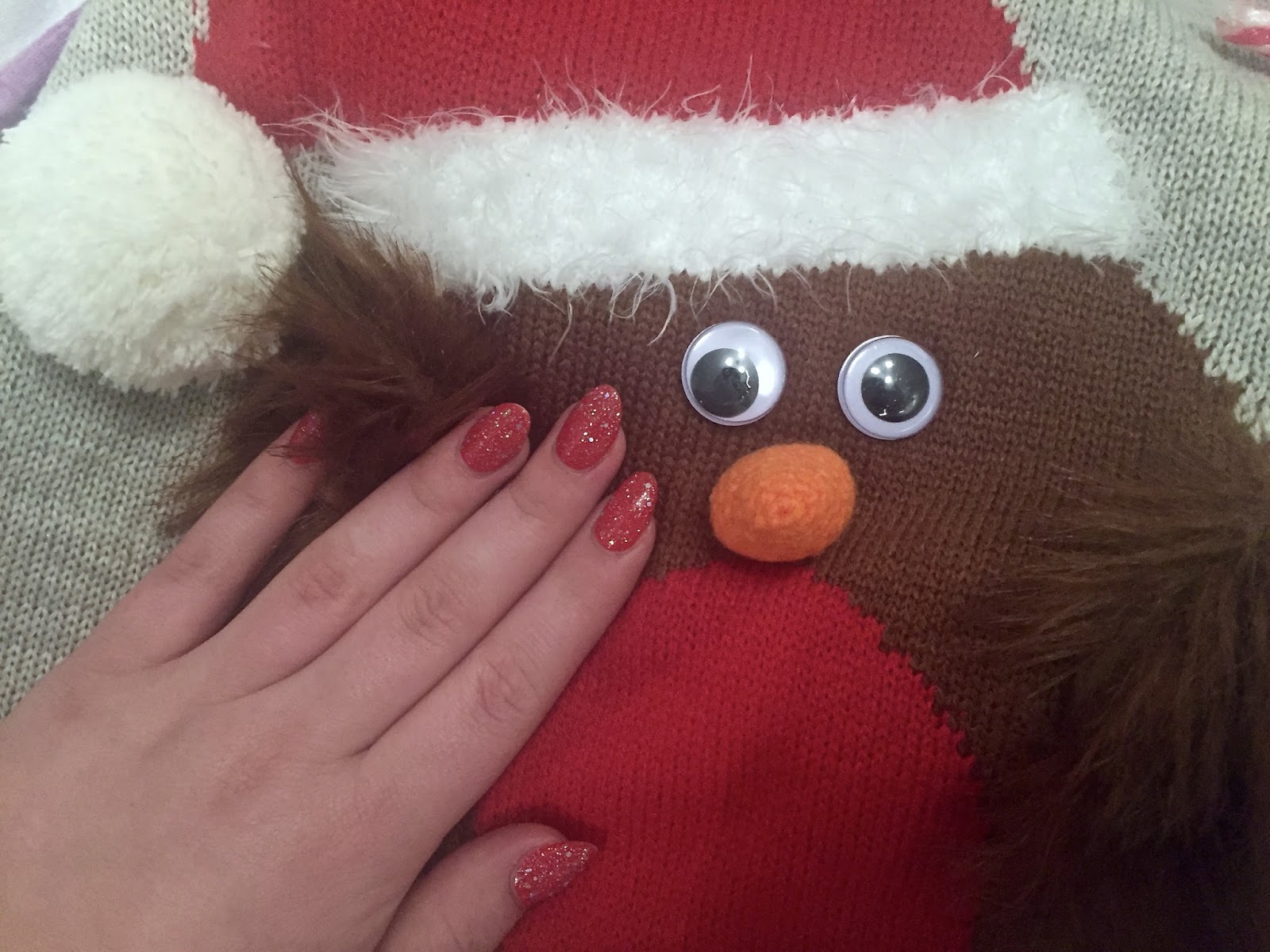